We asked Dr Martin Allen, Senior Assistant Keeper of The Department of Coins and Medals, at The Fitzwilliam Museum to tell us more about his favourite object in the museum:

“The discovery of this hoard was one of the most exciting things for me during my time at the museum. As an expert on medieval coins I had always hoped that someone would find a coin hoard in Cambridge one day, and I was overjoyed when I received a phone call from the Cambridge Archaeological Unit in October 2000 to say that they had found a hoard at Chesterton Lane Corner!

The archaeologists had been excavating the site of a new sewer shaft – not a very glamorous location, but they made some extraordinary discoveries. They uncovered various layers under our feet; at the bottom of the hole was a prehistoric river channel; above that a Roman road and part of an Anglo-Saxon cemetery; above this were the remains of a medieval house in which the hoard had been buried in the 1350s, shortly after the Black Death wiped out a large part of the population.

After the hoard was acquired by The Fitzwilliam Museum and conserved at The British Museum I spent many weeks identifying the coins. Most of the coins are silver pennies, which were the main kind of money in England until the Black Death, but there are also nine magnificent gold coins from the 1350s. The total value of the hoard was more than £10, which was an enormous sum of money at the time, equivalent to many years of earnings for most people (approximately £5000 pounds in today's money)."

Some of the most amazing discoveries of objects from the past have been made by accident.

This collection of coins was unearthed while workers were digging a sewage pipe on Chesterton Lane in Cambridge in 2000. They found 1800 silver coins. Can you count how many gold coins there are?

You can find the answer in this useful video that shows them discovering the hoard.

This hoard of coins was hidden nearly 700 years ago. Why do you think someone might hide their treasure?

Imagine what it would be like to discover your own treasure?

Go on a treasure hunt in and around your home.

Can you find the oldest thing? The smallest? Or something special to you?

Now find something for someone to find in the future. Where will you hide it?

Make a treasure map to help to remember where you put it. Here's our example! 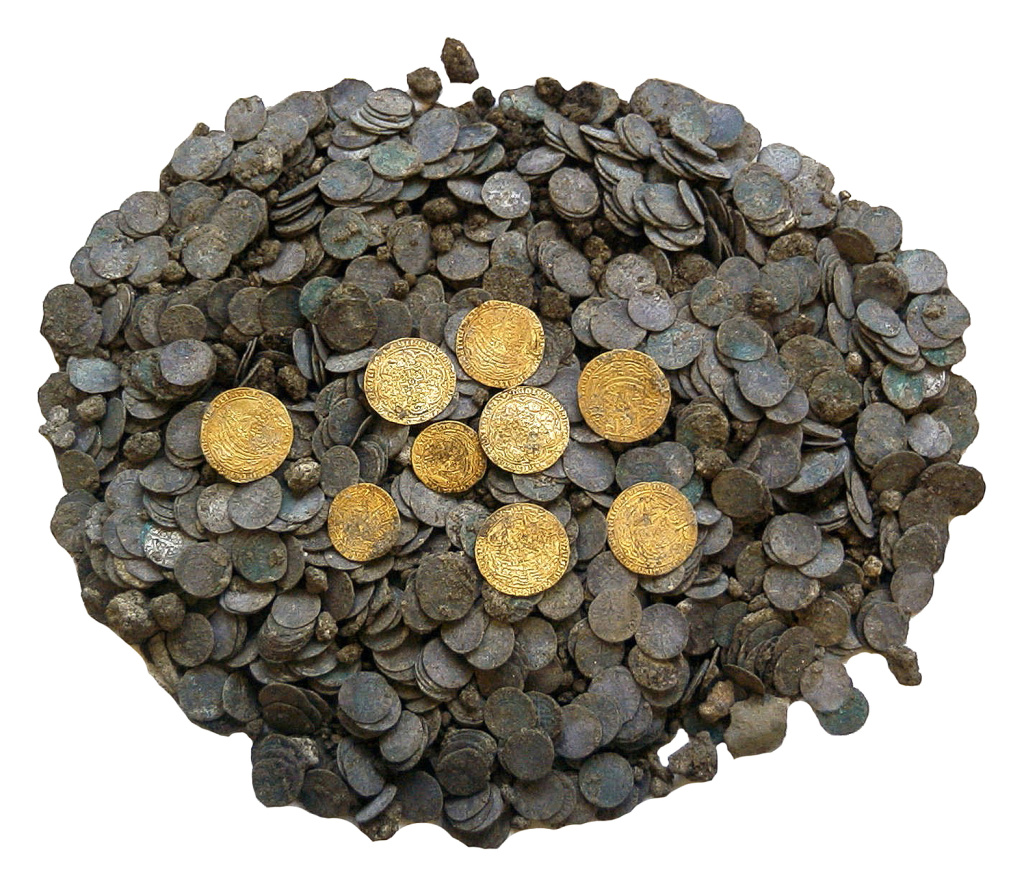