According to Richard Kelleher, Assistant Keeper in the Department of Coins and Medal, the medal implies that the defeat of the Spanish Armada was symbolic of God's divine intervention on behalf of the Protestant English state over the powerful Spanish Catholic fleet. Although the English won the upper hand at the battle of Gravelines, the real victory happened when a strong wind forced the Spanish fleet to sail north around Scotland and Ireland to get back to Spain. The Spanish boats were battered by storms and at least 60 of their 130 ships were sunk or damaged. The Spanish King Philip II is quoted as saying 'I sent the Armada against men, not God's winds and waves.'

This medal is only 5cm wide! It celebrates England winning a sea battle against the Spanish Armada in 1558.

How has the artist shown us that Elizabeth is a Queen?

The other side of the medal shows an island representing Britain protected by a large bay tree.

What side of the medal would you show if you could wear it?

What important event from your life could you put on a medal?

You have two sides to tell your story.

Watch our video to find out how to make your own medal celebrating a special event from your life.

Is the medal for you or is there someone else you would like to say thank you to?

Think about who you would like to give it to and why. 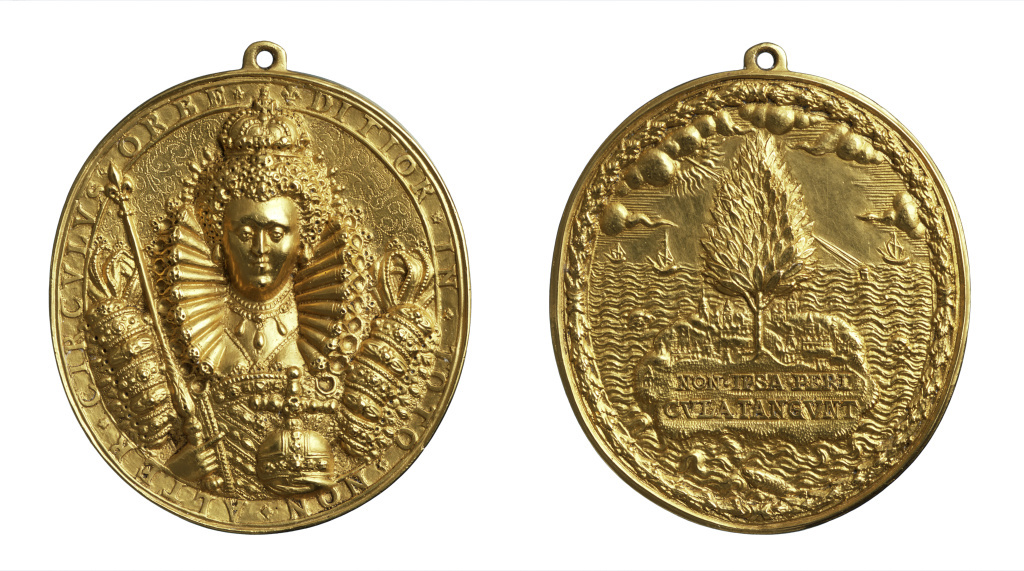