We are delighted to announce that The Fitzwilliam Museum has received two award nominations for its Egyptian Coffins Project. The project is an in-depth study of The Fitzwilliam's ancient Egyptian coffins collection presented on a dedicated website.

The first nomination is for the University Museums And Collections (UMAC) Award 2020, where The Fitzwilliam Museum is one of only three nominees. This award celebrates excellence and innovation in university museums and collections worldwide, focusing on the impact university museums have on their host universities and local communities.

The second nomination the project has been shortlisted for is the Limited Budget Project of the Year at the Museums & Heritage Award 2020, an award which celebrates all things great within the museums and heritage sector globally.

The Egyptian Coffins Project is about real people rather than weird gods that sometimes appear on ancient Egyptian coffins. We’re looking at the people who made the coffins, the construction of them and what we’ve found out about the people for whom they were made, and we are sharing that with our colleagues around the world, most particularly with museum professionals in Egypt. We are very excited to be nominated for two awards for a project which brings new research in Egyptology to as wide an audience as possible, and are delighted to have recognition for that work.”

The project has already received the Collaboration Award for the Vice Chancellor's Research Impact and Engagement Award 2019. Researched over five years, this collaborative project has presented pioneering research through a major exhibition, professional workshops for academics, curators and conservators, a ‘Pop-Up’ museum targeting underserved audiences and digital resources.

An online presentation about the project was held on 7 September for the UMAC Award and the winner will be announced on 28 September. The Museums & Heritage Award winner will be decided at an online Awards ceremony on 22 September. 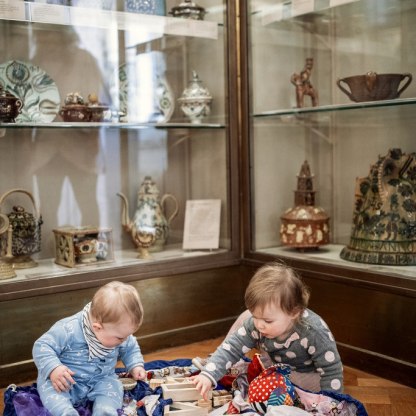