Monet, Renoir, Degas and Cézanne return to the Fitzwilliam as the Museum’s famous Impressionist artworks go back on display. One of the most popular galleries at the Fitzwilliam Museum has undergone a full renovation and reinstallation. Gallery 5, housing the museum’s remarkable collection of paintings and sculpture by the French Impressionists and other late 19th and early 20th-century artists has re-opened with a striking new look, colour and display.

Featuring artists such as Monet, Matisse, Cézanne, Pissarro, Degas, Sisley and Renoir, the refurbished Impressionist gallery follows on from the restoration in 2010 of its sister-space housing 19th and 20th-century British art, Gallery 1. The works have involved many of the same improvements, including enhanced natural lighting, restoring the richly-coloured scagliola (imitation marble) of the Grade I-listed building and a dramatic dark blue-grey wall covering.

The new, more atmospheric, space will offer visitors the opportunity to re-encounter some of the most famous works in the Fitzwilliam’s collection, and includes more information on the history of Impressionism and how these works came to be at the Museum.

Highlights of the new displays include:

The Director of the Fitzwilliam Museum, Dr Timothy Potts commented: "The Fitzwilliam is engaged in a staged programme of refurbishment of its galleries which provides an opportunity not only to refresh the displays but, just as importantly, to bring the fruits of new research and interpretations to bear on the understanding of our works. The beautiful new Impressionist gallery, one of the jewels of the Founder’s Building, achieves all of these aims in what is sure to be one of our most popular displays."

The curator of the gallery, Jane Munro, commented: "The Museum’s collection of Impressionist paintings is one of the finest in the UK. Built up over more than a century, it owes its existence to a number of far-sighted and generous individuals whose pioneering taste for the Impressionist’s work came to enrich the collection through gift and bequest. Collectors such as the textile manufacturer Frank Hindley Smith, and Captain Stanley Sykes, a Cambridge languages graduate later called to the Bar, began to acquire works by Degas, Renoir, Seurat, Pissarro, Monet and Sisley at a time when their posthumous reputations were still far from established - as one critic lamented at the turn of the century, Monet was ‘more familiar in American backwoods towns’ than in Britain. On this core, the collection has expanded to be able to represent the wider aspects of these artists’ work: Pissarro as a painter of snow, Monet’s extraordinary sensitivity to the changing moods of the sea, and Renoir’s and Degas’ different approaches to chronicling the Paris of their day. The displays at the Fitzwilliam, mixing paintings, sculpture, furniture and decorative arts, allow their work to be more fully contextualised, so that Renoir and Degas can be shown as sculptors as well as painters, and Rodin’s sculpture can be seen in potent juxtaposition with Monet’s paintings, as they were in their landmark joint exhibition of 1889.

The museum is fortunate in being able to display in the gallery works by Seurat and Cézanne on long-term loan from King’s College, Cambridge, bequeathed to the college in 1946 by the economist John Maynard Keynes. Keynes not only played a key role in ensuring the nation acquired works at Degas’s posthumous sale in 1918, but as a collector himself showed a keen appreciation for Cézanne’s work.

The Impressionists enjoyed exhibiting their works on strongly-coloured backgrounds - sometimes several different colours in the context of a single exhibition! It is wonderful to be able to redisplay their works in an appropriately vibrant setting that allows their innovative, light-infused paintings to be seen and understood as never before in the museum."

The restoration of Gallery 5 has been generously funded by Daniel Katz. The newly restored gallery re-opened on 1 November and admission to the Fitzwilliam Museum is free. On 30 November visitors can find out more about the renovation and new displays with a lunchtime gallery talk by its curator Jane Munro French Impressions: The re-display of the 19th century collections. 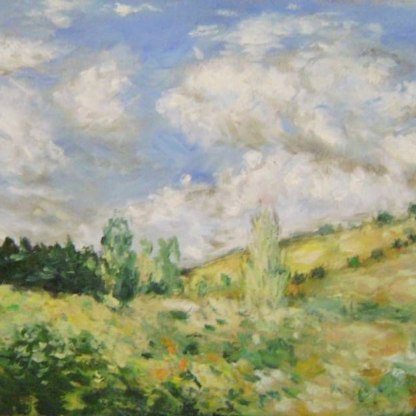 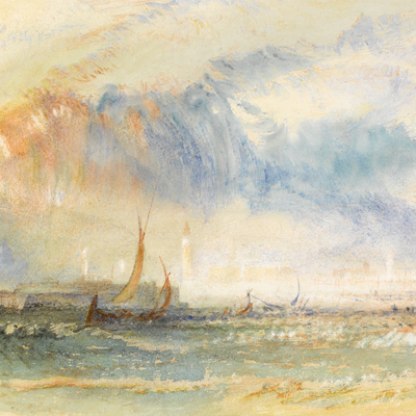 Unseen for over 15 years - exquisite watercolours go on show