The Fitzwilliam Museum has an exceptional opportunity to acquire a set of literary proofs documenting the intriguing history of one of the most acclaimed and controversial novels in the English language.

Jude the Obscure by Thomas Hardy (1840-1928) scandalised Victorian critics on its publication in 1896, who derided it for its "immoral" treatment of such themes as religion, class, education, sex and marriage. Following this critical reception, Hardy gave up fiction, and Jude the Obscure proved to be his swan-song as a novelist. Hardy gave his original manuscript of the novel to The Fitzwilliam Museum in 1911, and the Museum now has the chance to purchase the proofs for the first book edition of Jude the Obscure, annotated by Hardy.

These remarkable proofs are a fascinating document of Jude the Obscure’s fraught journey into print. Due to the novel’s bleak tone and controversial subject matter, Hardy was forced to make numerous changes and crucial deletions for the serial publication in Harper’s New Monthly Magazine between December 1894 and November 1895. The manuscript of the novel in The Fitzwilliam Museum’s collection shows these alterations made by Hardy, written in blue pen over the black ink of the original text. The first book edition to be published in 1896, however, presented Hardy with the opportunity to restore the original text that had been excised, and even elaborate on it. These proofs of this first edition document that process; heavily annotated by the author, they also contain the comments of the printer’s reader, George F. Stewart.

If acquired by The Fitzwilliam Museum, the pairing of the Museum’s manuscript and the book proofs would offer rare insights into Hardy’s creative process. The Museum is also an active research and teaching department of the University of Cambridge, and these proofs - alongside the Museum’s autograph manuscript - would prove an invaluable research tool for students of English literature, the history of publishing, and social and cultural history, as well as for historians of censorship.

"The two public institutions in this country that own important Hardy material, the British Library and the Dorset County Museum, have expressed hope that the proofs would be united with the autograph at the Fitzwilliam," says Dr. Stella Panayotova, Keeper of Manuscripts and Printed Books at The Fitzwilliam Museum. "The numerous changes that Hardy was pressed to make in the original manuscript and then revoked at the proof stage are a tangible record of the writer’s mind - and hand - at work."

The Fitzwilliam Museum has committed its purchase funds and Friends’ subscriptions to the purchase, and has been fortunate to secure generous donations from private individuals and charitable organisations. Of the £176,000 needed to purchase the proofs only £27,000 remains to be raised in order to unite the proofs with Hardy’s original manuscript.

Those wishing to donate to the Museum’s bid to acquire the proofs are invited to send their cheques to: Dr. Stella Panayotova Department of Manuscripts and Printed Books The Fitzwilliam Museum Cambridge CB2 1RB

For further information about making a donation, please contact Dr. Panayotova on 01223332912 or sdp26@cam.ac.uk.

Jude the Obscure at The Fitzwilliam Museum

Visitors to the Museum can currently see the proofs on display in the exhibition ‘I turned it into a palace’: Sir Sydney Cockerell and The Fitzwilliam Museum until 17 March 2009, which celebrates the dynamic Directorship of Cockerell from 1908 to 1937. It was Cockerell to whom Thomas Hardy offered his autograph of Jude the Obscure as well as Time’s Laughingstock to enrich the Museum’s growing collection of literary manuscripts.

The writer and biographer Claire Tomalin will give a talk at The Fitzwilliam Museum about the relationship between Hardy and Sir Sydney Cockerell on Wednesday 25 February 2009 (13.15-14.00).

I Turned it into a Palace: A new podcast 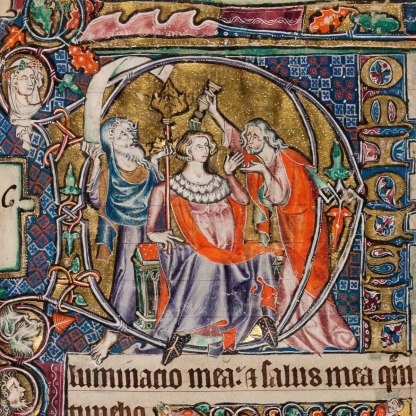 The Macclesfield Psalter - back on display