Because its bolts were shot relatively soundlessly, the crossbow remained a popular hunting weapon long after the development of the gun. This example was made in Germany in the mid sixteenth century, and it's a richly decorated piece adorned with scenes of inlaid bone or ivory depicting stories from the Old Testament and ancient Roman history.

The crossbow had a long and bloody career as a weapon of war. In 1139 a church council had described them as hateful to God, so terrible were the wounds inflicted by their bolts.

But although they were officially declared to be unfit for Christians, Richard I of England made a devastating use of crossbows during the Crusades. He was himself killed by a crossbow bolt in 1199. By the end of the the fourteenth century, however, English soldiers were carrying a different weapon into battle.

At Crécy, in Northern France in 1346, the Genoese crossbow-men in the service of the French king were pitched against the longbow-men of Edward III's English army. The longbow had a greater range, and could discharge five or six arrows for every bolt that the heavy, unwieldy crossbow could fire. Edward won a famous victory. 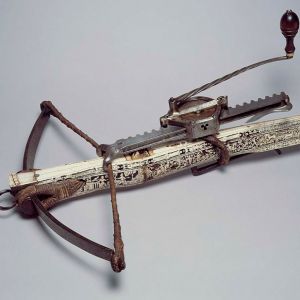 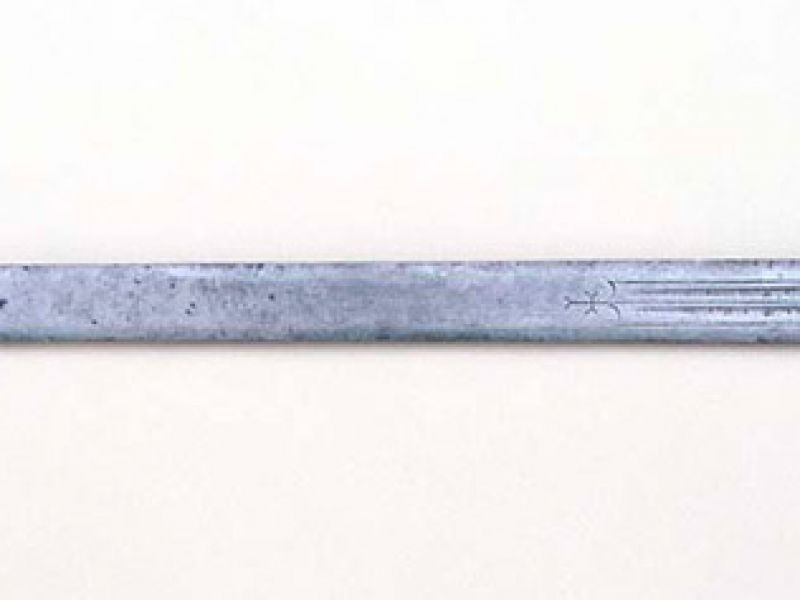 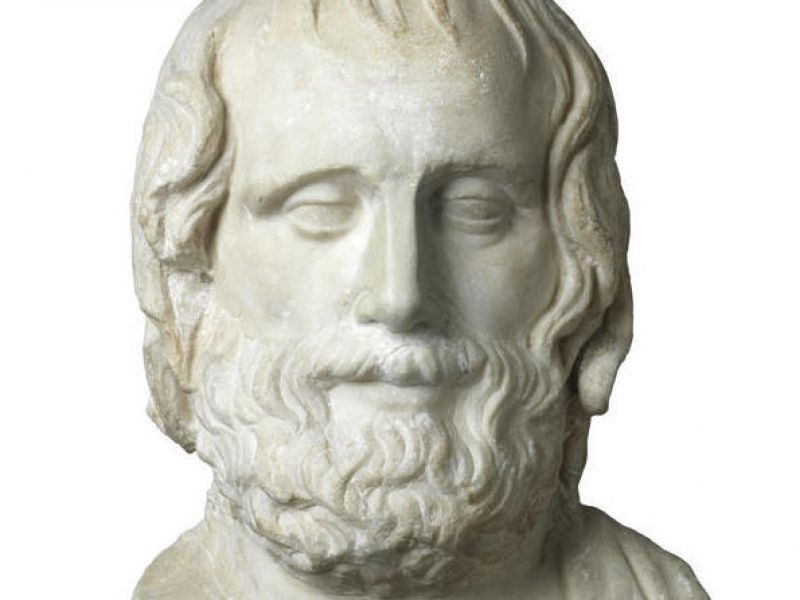 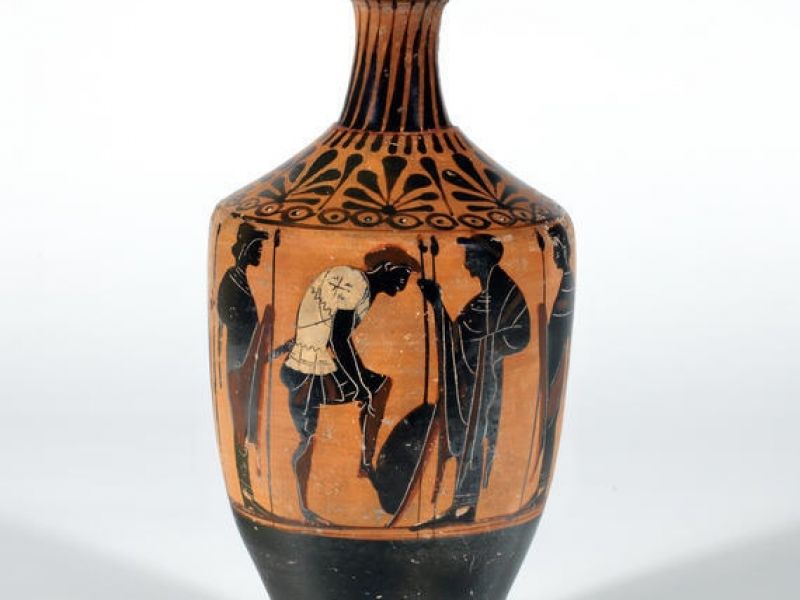