This dish was once part of a magnificent dinner service that belonged to one of the greatest patrons and art collectors of Renaissance Italy, Isabella d'Este, Marchesa of Mantua.

It was decorated by the celebrated potter and painter Nicola da Urbino around 1524, and Maiolica painting does not come much better than this.

The story that Nicola illustrates is adapted from 'The Metamorphoses', a work by the Roman poet Ovid, and it tells of the strange courtship of the Greek hero, Peleus, and the shape-shifting sea nymph, Thetis.

On the left Peleus, dressed in armour but weaponless, stands above the sleeping Thetis in an attitude of admiration and surprise.

Originally Jupiter, the king of the gods, had intended to bed this alluring sea-nymph, but a prophecy by her father, Proteus, had put him off.

Proteus had predicted that Thetis would bear a son who would surpass his father in greatness, an event that the King of the Gods could not contemplate. Jupiter therefore sent instead his grandson, Peleus, to ravish Thetis.

In the lower centre of the dish, the hero has leapt lustfully upon the nymph, only for her to turn into a swan. Peleus clings on until, dragon-like, she finally shakes off his unwanted embrace.

Look at the details Nicola has included to enrich his depiction of the myth: Thetis' floral crown, the outraged expression on the swan's face, Peleus' recoiling gesture as the purple-winged dragon snaps at him. 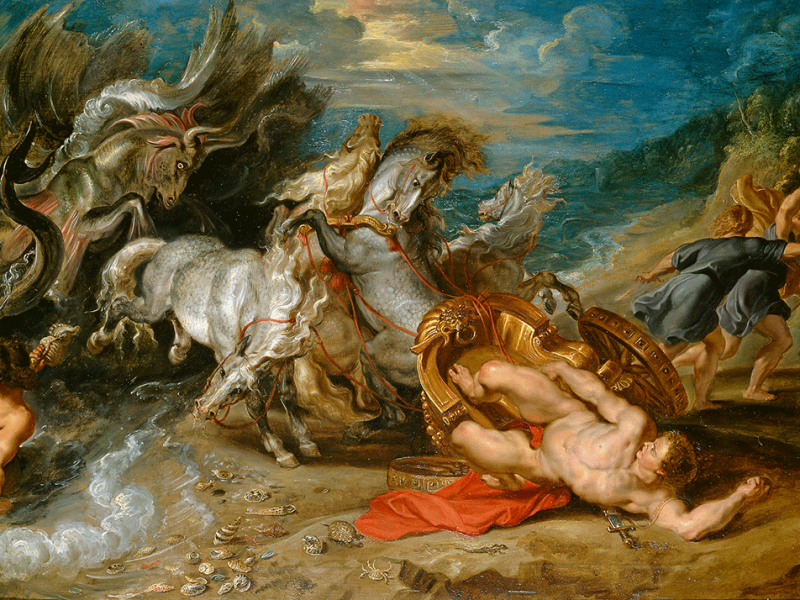 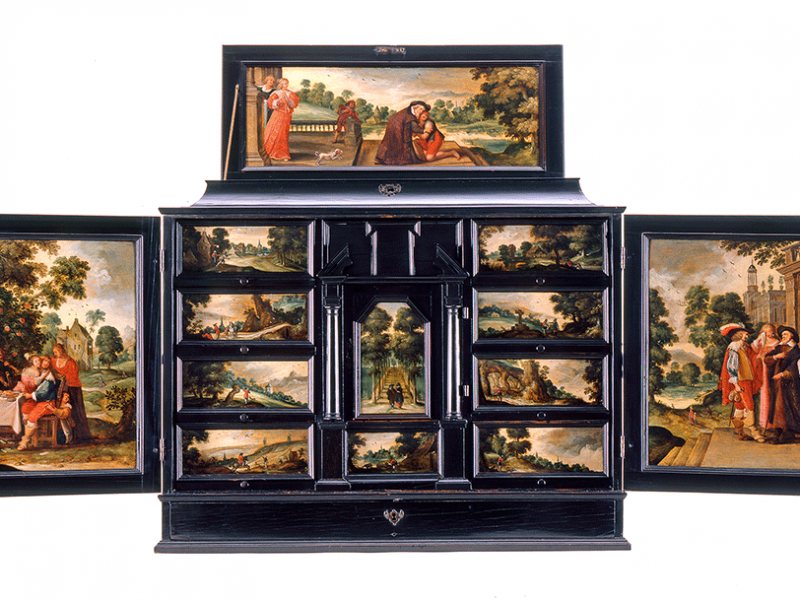