The statue depicts Serapis, a Roman form of the god Sarapis, who was a Greek version of an Egyptian hybrid god. Serapis was the focus of a popular cult in the Roman world, and he's presented here in a distinctly Roman form, enthroned, wearing a long robe and attended by a remarkable animal companion – Cerberus, the three-headed dog, who guarded the entrance to the underworld in Roman myth.

The statue is composed out of two types of marble. A grey stone is used with the god's clothes, while a lighter marble represents his flesh. This Serapis would have originally held a sceptre in his raised left hand and have been topped by a bearded head. The headgear that he wears here is probably a grain measure, decorated with foliage suggesting the god's associations with fertility.

Several senior Roman gods were depicted with long hair and beards. The curls over the forehead of this bust and the beard parted down the centre, however, are distinct to Serapis.

Certain Roman emperors adopted these same features in the third century CE to associate themselves with this particular god of healing and salvation. 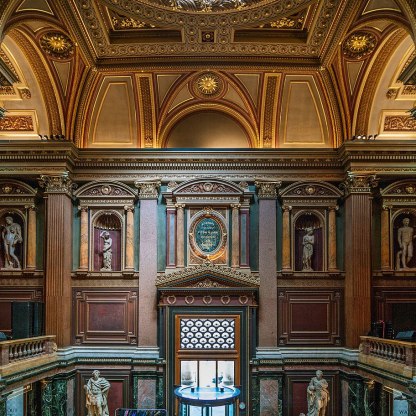 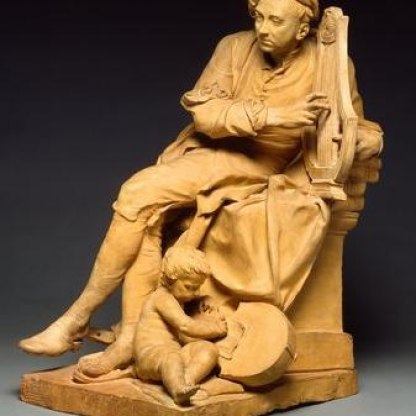 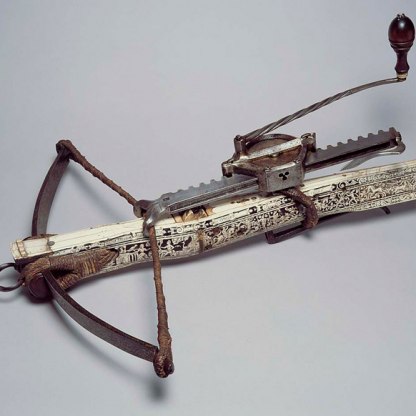