A set of engravings based on drawings by the great French sculptor Edmé Bouchardon was the inspiration for this and several figures around it. The engravings were entitled 'The Cries of Paris', and depicted characters from the streets of the French capital: travelling musicians, vendors and craftsmen, usually with one figure per print.

This hurdy-gurdy player was made around 1745. His unkempt hair perhaps suggests his lonely status. But even in their figures of peasants and street-dwellers, the Meissen modellers and colourists suggested an unlikely elegance. This busker's jacket and socks are immaculately, implausibly white. His yellow breeches are tastefully echoed in his carefully tied shoelaces.

The wealthy eighteenth-century owners of Meissen figures may have had an interest in low life, but their view of it at the dinner table was highly sanitised. The hurdy-gurdy player was copied in England a few years later at the Chelsea Porcelain factory. 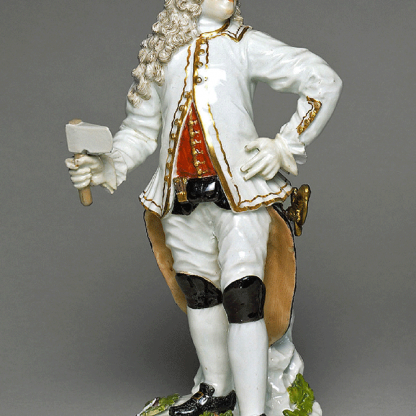 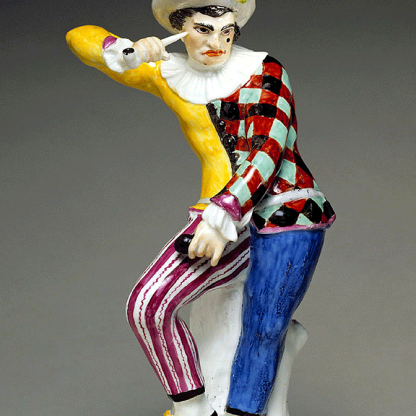 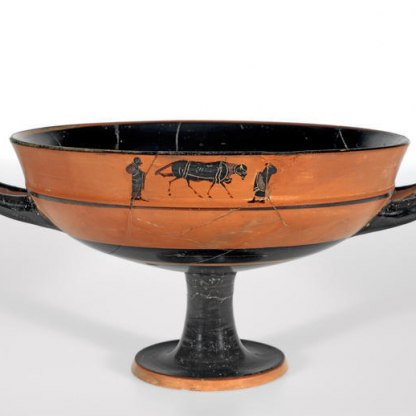