Audio guide: The Last of England

The characters in this painting are caught up in the great emigration crisis that hit Britain in the middle of the nineteenth century, when millions left their native land in search of a better life overseas. It was the departure of a friend to Australia that prompted Ford Madox Brown to paint 'The Last of England', but this is in many ways an autobiographical work.

The faces of the main couple are those of Brown and his wife Emma, and the brooding anxiety of the man is the artist's own.

Despondent at his own lack of professional success in London, he described himself in a diary entry from the time as intensely miserable, very hard up and a little mad. The foul English weather adds much to the bleak mood of the painting, as no doubt it did to Brown's own depression. Green waves are churned by a wind that blows heavy drops of rain on to the woman's umbrella.

The pink ribbon tying her bonnet is whipped horizontal by the same gust. The vivid sense of cold was painstakingly achieved by Brown to capture what he described as 'the peculiar look of light all round which objects have on a dull day at sea'.

He painted in the open air on particularly dreary days and to capture the pallor of the woman's flesh convincingly, he persuaded his wife to pose for long sessions outdoors in winter.

But if Emma suffered as a result of her husband's obsessive pursuit of climatic accuracy, she emerges from the painting as a heroic figure. Her face, though tinged by unhappiness, is determined and strong. Her left hand holds the tiny fingers of a baby, otherwise invisible beneath the thick woollen shawl.

She has taken the glove off this hand to impart some warmth to the child, while her other gloved hand squeezes her husband's hard in in solidarity and encouragement.

Ford Madox Brown wrote of 'The Last of England':

'I have to present the parting scene in its fullest tragic development, singling out a couple from the middle classes, high enough through education and refinement to appreciate all they're now giving up, and yet depressed enough in means to have to put up with the discomforts and humiliations incident to a vessel all one class.'

The worst of these discomforts are vividly described in the following account of a voyage undertaken by the writer Stephen de Vere in 1847:

'Before the emigrant has been a week at sea he is an altered man. How can it be otherwise? Hundreds of poor people, men, women and children of all ages, from the drivelling idiot of 90 to the babe just born, huddled together without light, without air, wallowing in filth and breathing a fetid atmosphere, sick in body, dispirited in heart, the fevered patients lying between the sound, in sleeping places so narrow as almost to deny them the power of indulging, by a change of position, the natural restlessness of the disease.' 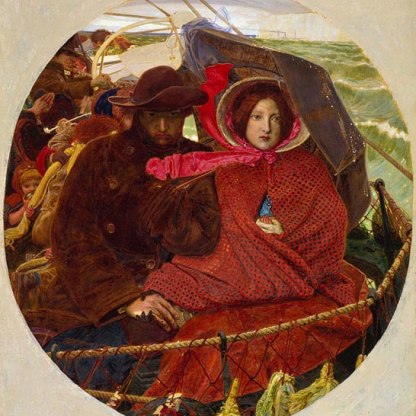 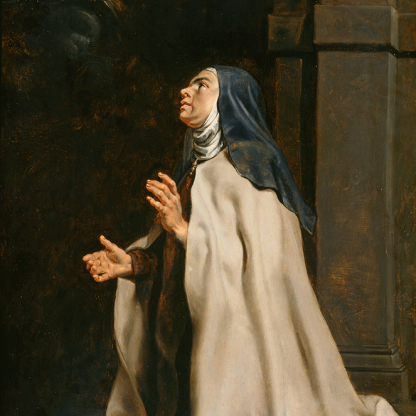 Teresa of Avilà's Vision of the Dove