Calligraphy has always been central to Islamic art and design. Islam, like Christianity and Judaism, is a religion based upon a book: the Qur'an, which literally means ‘recitation'. The word of Allah – the almighty, all-knowing, Creator God – was first revealed in a vision experienced by the Prophet Mohammed near Mount Hira in 610 CE. The archangel Gabriel addressed these words to him in Arabic, and made clear the primacy of the written word:

In the name of God, the Compassionate, the Merciful
Recite in the Name of your Lord who created,
Created man from clots of blood!
Recite! Your lord is the Most Bountiful One,
Who by the pen taught man what he did not know.

The pen, says Gabriel, is the earthly transmitter of Allah’s wisdom. The written record of the divine revelations experienced by Mohammed, created either in his own lifetime or a few years after his death, provides the basis of all Islamic teaching. The Arabic language was revered as Allah’s chosen medium of communication.

Christian and Jewish texts are frequently illuminated with narrative scenes, and in certain Christian books from the middle ages the very letters provide frames for figures. Left, is a decorated initial B from a medieval book of Psalms in the Fitzwilliam [MS.12.f.12v]. Islamic art avoids representations of the human figure, however, and Islamic manuscripts are striking for the extraordinary beauty of the letters in themselves.

The Islamic appreciation of calligraphy is finely expressed by the tenth-century Persian philosopher, Abu Hayyan al-Tawhidi, who wrote that 'handwriting is jewellery fashioned by the hand from the pure gold of the intellect'. 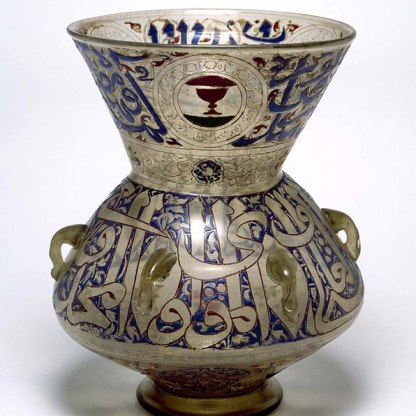 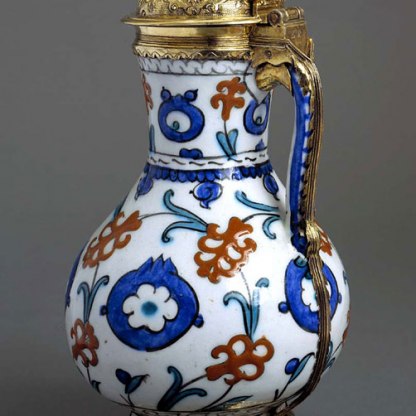 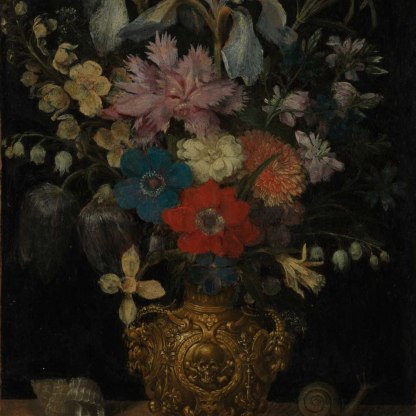 Example of an ijazah, or diploma of competency in Arabic calligraphy. Public Domain image Library of Congress 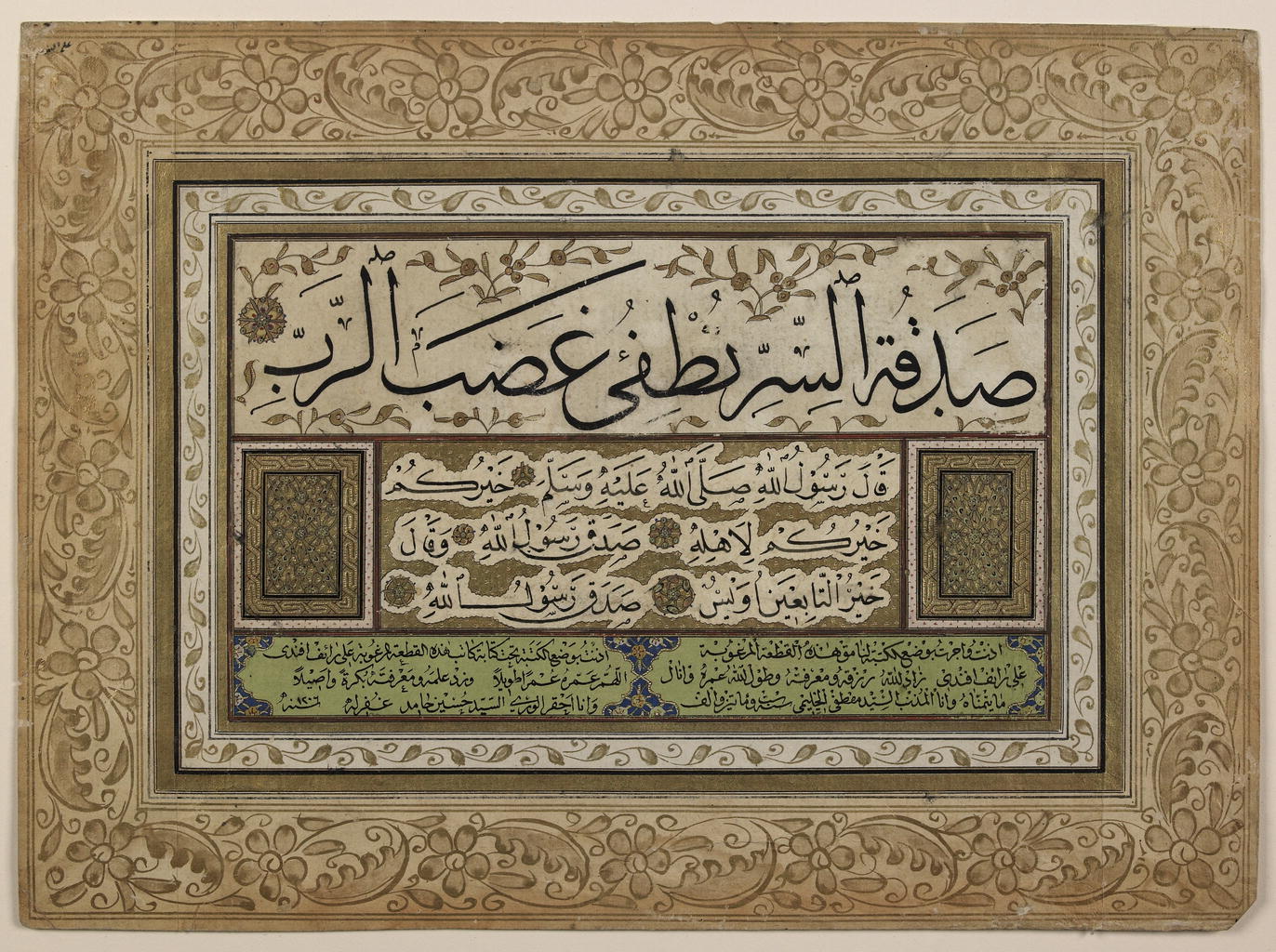