The star on Mary’s cloak alludes to a popular medieval Latin hymn in which the Virgin is addressed: Ave maris stella... ('Hail, star of the sea ...)

Hail, star of the sea, / Kindly mother of God, / And eternal virgin, / Happy gate of heaven. /

Taking that ‘Ave’ / From the mouth of Gabriel / Establish us in peace, / Changing the name of Eva. /

Loose the chains of sinners / Bring light to the blind, / Drive away our ills, / Pray for every blessing. /

Show yourself a mother; / May he who, to be born for us / Became your son, / Receive our prayers through you. /

Incomparable virgin, /
Gentle beyond all others, / Make us, freed from sins, /
Gentle and chaste also.

The Latin word mare ('sea') was a pun upon the name Mary, and the phrase Stella maris is an mistranslation of the Hebrew form of her name, Miriam.

Mary as a star, giving guidance to sailors on a stormy ocean, became a popular metaphor for the help she gave to mankind on earth. The great fourteenth-century Italian poet Petrarch, wrote a powerful lyric on the subject:

Bright virgin, steadfast in eternity /
Star of this storm-tossed sea, /
Trusted guide of every trustful pilot, /
Turn your thoughts to the terrifying squall /
In which I find myself, alone and rudderless...

Interestingly, Stella maris was originally an epithet of the goddess Isis in Roman religion. Like Mary, Isis was a divine mother with a very popular cult, and representations of her with her baby son Horus in Egyptian art to some extent influenced the way early artists showed the Virgin and Child. 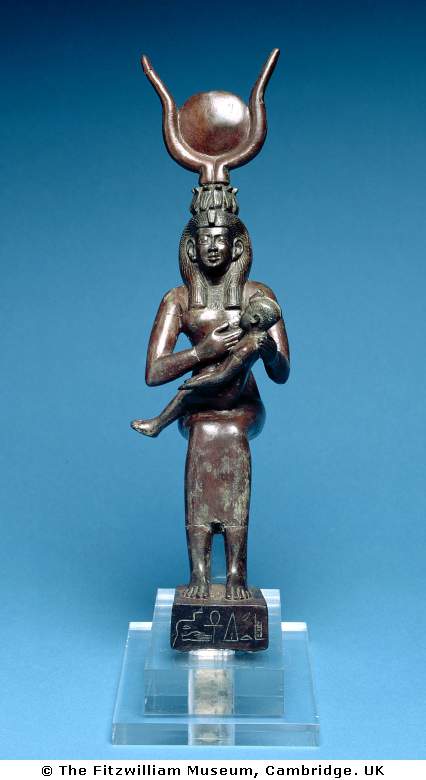