Kemet was one of the names given to Egypt by its ancient indigenous inhabitants. In a modern context the term Kemet has become associated with placing Egypt in its African cultural context. There are many links between ancient Egyptian and modern African cultures, such as headrests and hairstyles like the side lock. This and other evidence support the idea that it was an African culture in addition to being geographically in Africa.

This online photographic exhibition invites the viewer to consider the appearance of the people of Kemet around 3,000 years ago and to ask the question: ‘Were the ancient Egyptians Black?’ as we use the term in Britain today.

A relief from the temple of Rameses II 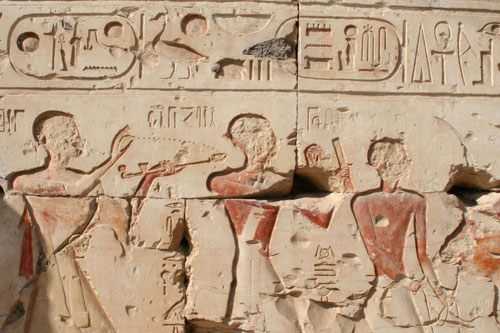