The first seven months of the First World War are dramatically illustrated in the colour lithographs and woodcuts of the series 'La Grande Guerre'.

On 4 August 1914, the French prime minister René Viviani read an address to parliament prepared by President Roland Poincaré: 'In the coming war ... France will be heroically defended by all its sons, whose sacred union in the face of the enemy will be unbreakable.' The term 'sacred union' (L'union sacrée) came to stand for a united national community, in which political, religious and trade disputes were put aside. The series of prints in this online exhibition was published in 1914 in Paris by the firm Tolmer & Cie ['& Co.'], who went on to specialise in children's books after the war. 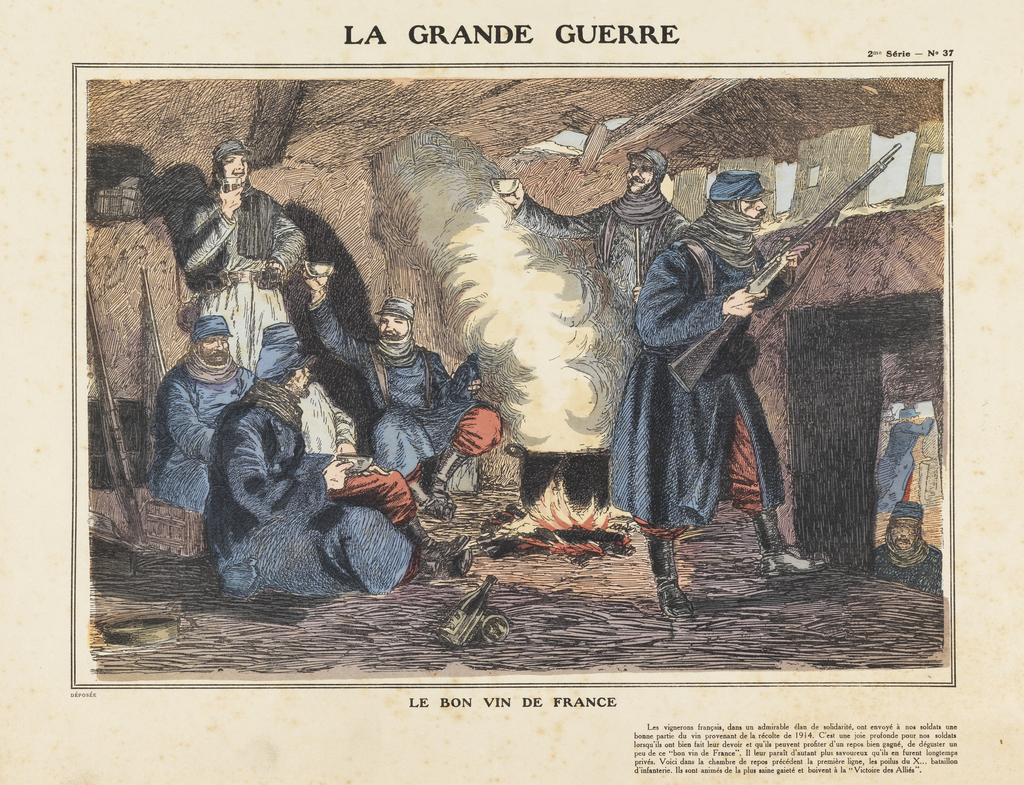