Caruelle d’Aligny was taught by the landscape painter Louis-Étienne Watelet, who had been a student of Pierre-Henri de Valenciennes. Making his Paris Salon debut in 1822, Caruelle d’Aligny continued to exhibit regularly from 1827 to 1869. Between 1822 and 1827, he worked in Rome, where he met Camille Corot in 1825.

The two artists often painted together in and around the city. After returning to Paris, Caruelle d’Aligny was one of the first artists to venture out to the forest of Fontainebleau to paint. He was awarded the Legion of Honor (the highest award in France) in 1842 and, in 1861, became director of the École des Beaux-Arts in Lyon, a position he held until his death. 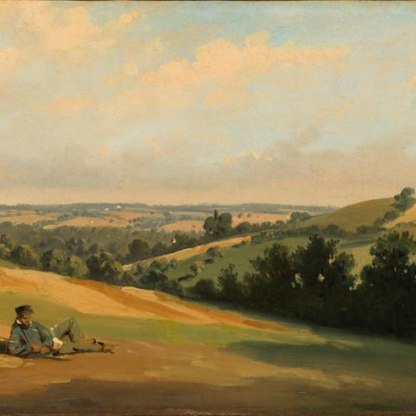 61: Young Man reclining on the Downs 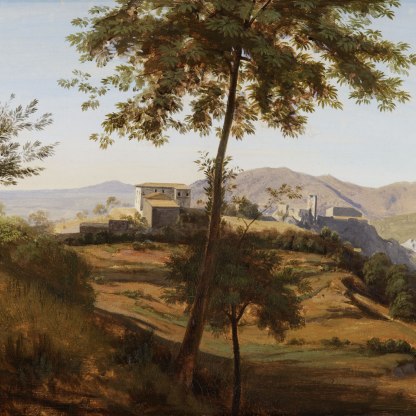 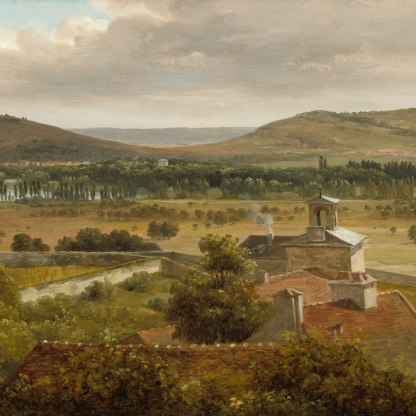 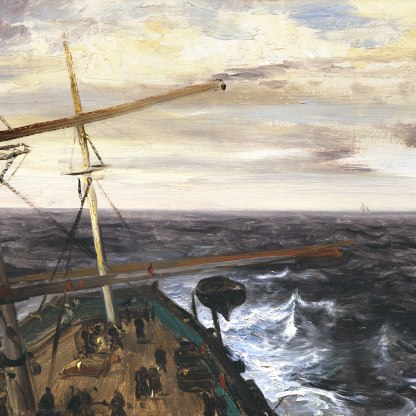 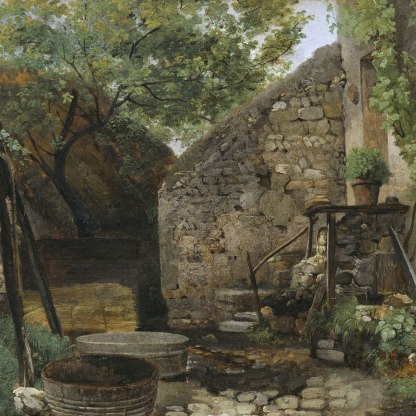