Fieldwork at Rendlesham in Suffolk starting in 2007 identified a major central-place complex of the early to middle Anglo-Saxon periods, with exceptionally rich assemblages of finds. This has particular significance in the light of Bede’s eighth-century reference to a ‘royal settlement’ at Rendlesham, and the princely burial site at nearby Sutton Hoo. In 2017, the fieldwork at Rendlesham became the basis of a thirty-month research project by University College London in partnership with the Fitzwilliam Museum and Suffolk County Council, Lordship and Landscape in East Anglia AD 400−800, which will place the material culture and settlement history of Rendlesham in the context of other central places in East Anglia. The project integrates the evidence of archaeology, place-names, landscape history, numismatics and materials science. The main focus of the numismatic data is the Fitzwilliam Museum’s Corpus of Early Medieval Coin Finds (EMC).

Unique in early England for its wealth and complexity, and best paralleled by central places in contemporary Scandinavia, Rendlesham has major implications for our understanding of the character and origins of the early Anglo-Saxon kingdoms, and for processes of state-formation around the North Sea.

Lordship and Landscape in East Anglia AD 400−800 is funded by the Leverhulme Trust. 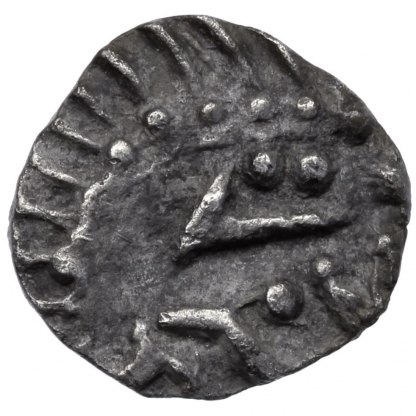