Interior of a Cave 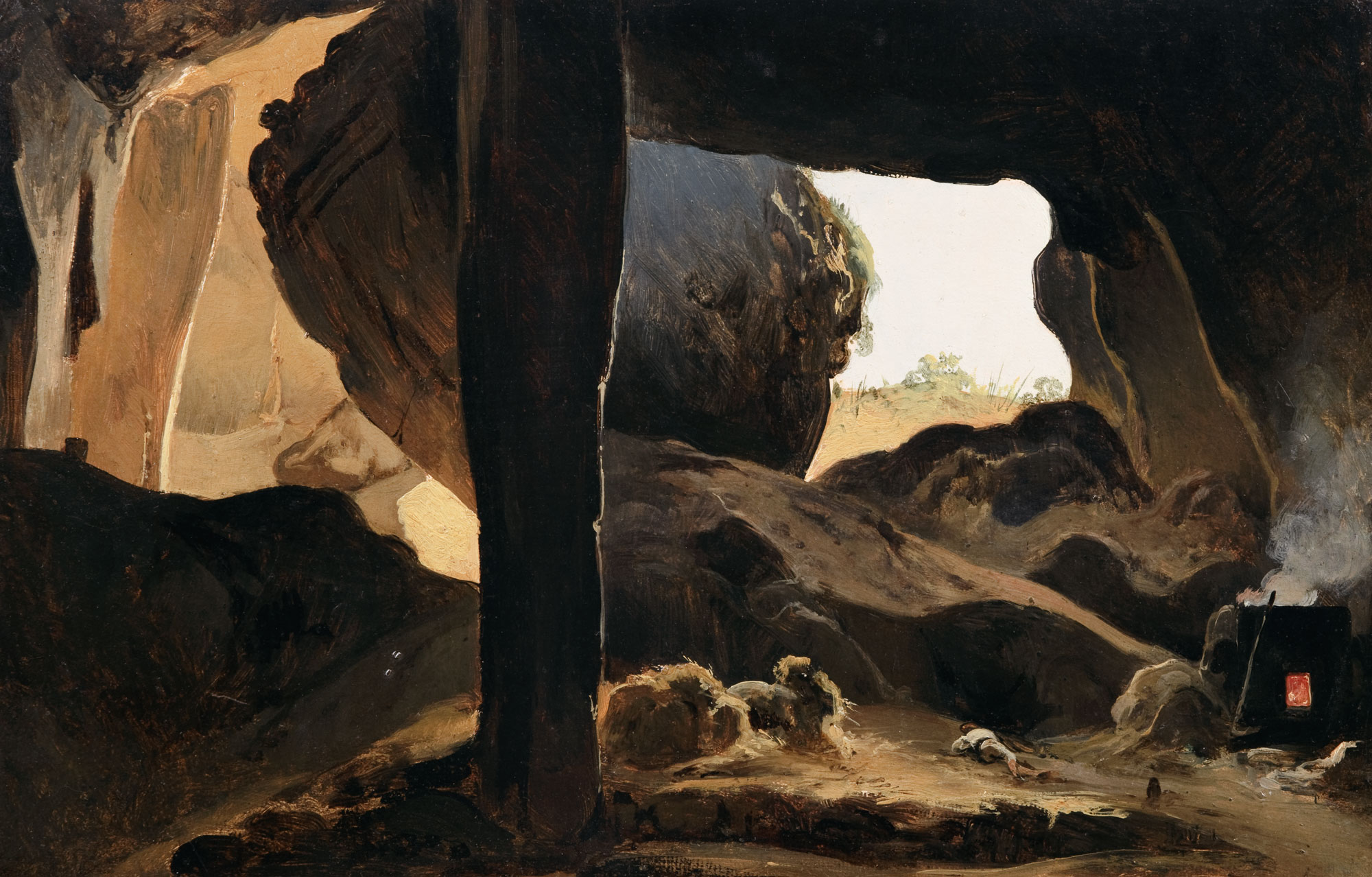 Known primarily as a landscape painter, Gibert attended the École des Beaux-Arts, Paris, where he was awarded a silver medal in the Prix de Rome competition in 1825 and a gold medal in 1829. He received further recognition as a regular exhibitor at the Salon from 1851 to 1872 and produced numerous detailed landscapes during travels in Egypt, Sicily, Turkey, and Greece, as well as the Roman countryside. In addition to becoming a professor at the École des Beaux-Arts, Paris, he became the director of the French Academy in Rome from 1811 to 1820. Interior of a Courtyard