Look, think, do: The Oak and the Reed

The Oak and the Reed

Michallon was born into a family of sculptors and showed a talent for painting from a young age. The year after this was painted In 1817, Michallon won the first ever Prix de Rome, a prize that awarded an artist money to travel to Italy for 3-5 years. He later set up an artist studio in Paris and went on to teach the famous artist Corot (whose work you can search in our collection here).

Sadly, he died at the young age of 26 of pneumonia, ending the brief career of perhaps the most promising landscape painter of his generation.

The subject matter of the painting is taken from a fable (a short story with a moral message like The Tortoise and the Hare) by the French writer La Fontaine who was working in the seventeenth century. However, the story and moral lesson are much older than Michallon’s painting, or even La Fontaine’s writing. A version appears in Aesop’s Fables (mid 6th century BCE), and related proverbs can be found in Chaucer’s Troilus and Criseyde (1380s), the Ancient Chinese Tao Te Ching (400 BCE) and the Jewish text, the Talmud (4th century CE).

A storm is approaching, and the mighty oak offers protection to the delicate reed. The reed replies that it knows what is needed to survive the storm. When the strong winds of the storm arrive, the huge tree tries to face them with brute strength and breaks. But the reed tries a different tactic and survives by bending and yielding to the force of the storm.

The lesson of this story is one of humility and flexibility in the face of change. Some people, noting the year of the painting (1816), suggest that this fable was a commentary on the fall of the French Emperor Napoleon Bonaparte following his defeat at the Battle of Waterloo in 1815. Having refused to accept the terms of a peace deal with allied European countries, Napoleon surrendered and was exiled to the island of St Helena in the South Atlantic ocean.

This painting is part of a wider project on the theme of nature called Inspire Nature. The project was launched in February 2021 with teacher training sessions on the five themes of Water, Skies, Rocks, Viewpoints and Trees. You can find other objects from across the University Cambridge Museums and Garden that link to these themes on our Padlet boards. You can find out more about the project on our Inspire Nature webpages. We will be running further sessions throughout 2021 if you would like to get involved.

Read or listen to the story. Do you think it is better to be like the reed and give in to the storm or like the oak and stand tall and strong?

Can you think of a time where standing strong like the oak might be a good idea?

Is this the end for the oak tree and the animals that relied on it?  Or Is it still useful?

Write your own Limerick based on this story following these tips to get you started:

2) The last word of the third and fourth lines need to rhyme eg- bend, mend

Here is our example :

4) Here are some first lines to get you started

'There once grew a reed and a tree,'
'When you find yourself facing a gale,'
'There once were two plants in a squall'
'What should you do on a windy day?'
'An oak and a reed were having a chat'

The Oak and the Reed 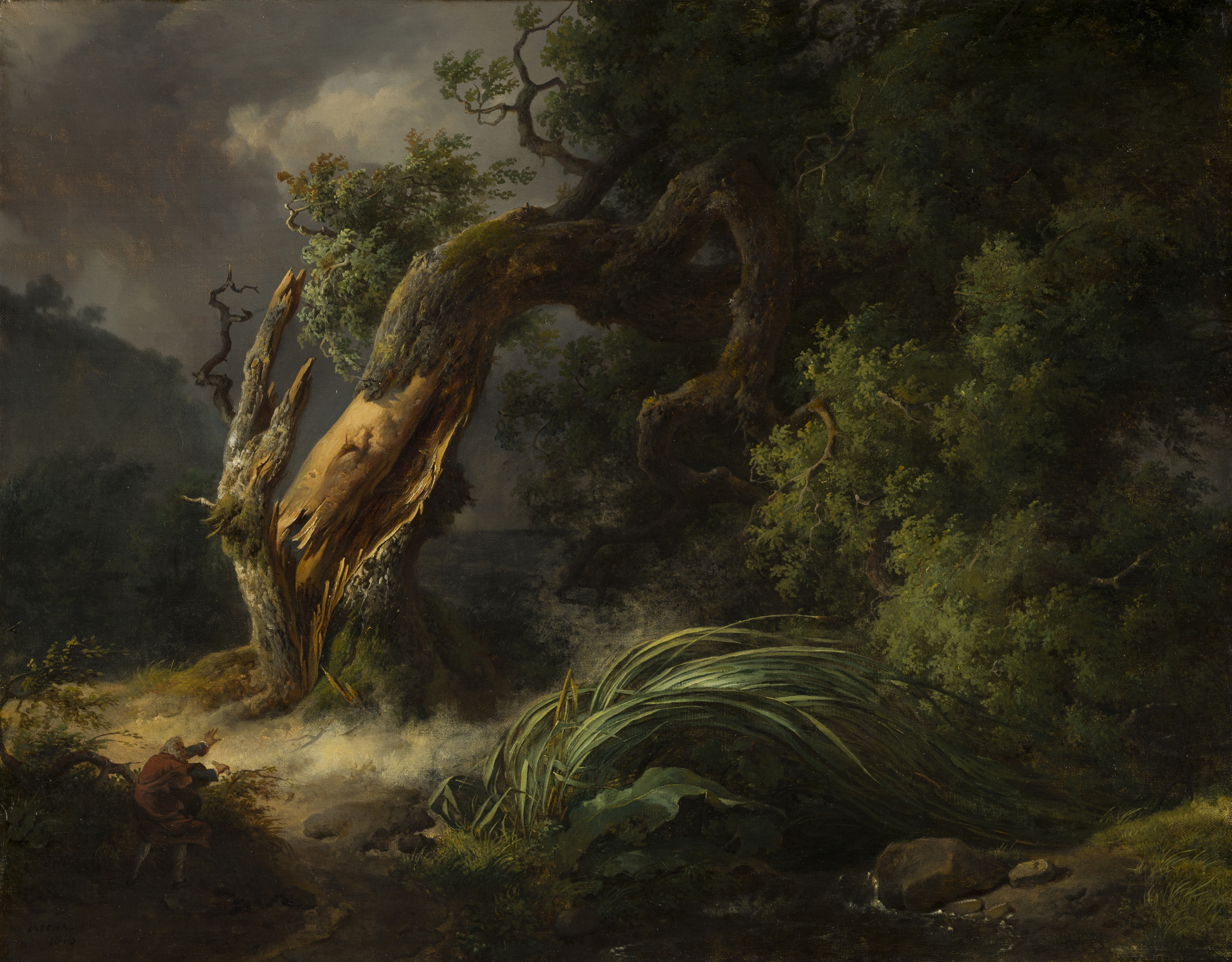 The story goes.... A storm is approaching, and the mighty oak looks down and offers protection to the smaller delicate reed blowing in the wind.

The reed replies that it knows what is needed to survive the storm, and the mighty oak responds with a laugh knowing the force that he feels could not be taken by something smaller.

When the strong winds of the storm arrive, the huge tree tries to face them with brute strength and breaks. But the reed tries a different tactic and survives by bending and yielding to the force of the storm.