The Fitzwilliam Museum has been awarded a grant of £300,000 from the DCMS/Wolfson Foundation towards the refurbishment of its Greek and Roman gallery - one of the most popular galleries in the Museum, displaying classical antiquities against a backdrop of magnificent nineteenth century neo-classical architecture.

The Fitzwilliam’s collection of Greek and Roman antiquities is one of the two finest collections in the UK outside London and is also of international significance, with especially distinguished examples of Greek and Roman sculpture and Greek vases. It has been built up by gift, bequest, excavation and purchase between the mid-nineteenth century and the present day. The displays are enjoyed by a wide range of visitors, from Key Stage 2 pupils studying the Greeks, to University students and scholars from all over the world, in addition to families, groups and tourists from the UK and abroad.

The grant will enable the Fitzwilliam to redisplay the Greek and Roman collections in appropriate cultural or chronological groupings, with a particular emphasis on improving visitor access, both physical and intellectual, and increasing information provision, as well as upgrading the display environment of the objects whilst enhancing the appearance of the displays.

Keeper of Antiquities Dr Lucilla Burn said: "We are absolutely thrilled to have received so generous a grant from the DCMS/Wolfson Foundation in support of this vital gallery refurbishment. The project will vastly enhance visitors’ experience of Greek and Roman culture at the Fitzwilliam Museum through redisplayed collections and improved information provision."

A campaign is now underway to secure the rest of the funding needed for the project and the Museum plans to re-open the new gallery in the summer of 2009. 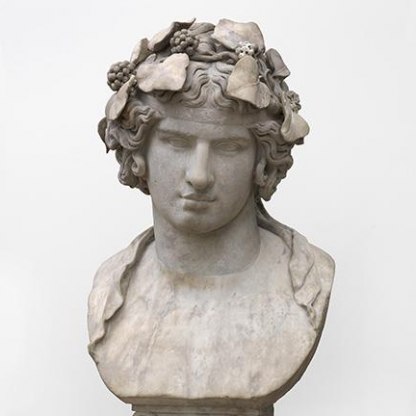 Inspiring with the ancient world

Re-opening of Main Entrance and Gallery 1