To celebrate the final month of Edmund de Waal's beautiful intervention On White: Porcelain Stories from the Fitzwilliam, the Museum is holding a set of special film screenings showing you behind the scenes in de Waal’s studio. See inside Edmund de Waal’s studio - a thousand hours film screenings Sat 1 February: 11.00 Sat 22 February: 11.00 and 14.00

Drop-in and see a free short film following Edmund de Waal as he prepared 11 ceramic installations for his 2012 exhibition a thousand hours.

A thousand hours, composed of hundreds of porcelain pots encased and only partially visible within two large, glass and corian vitrines, is currently on display in the Fitzwilliam's Islamic Gallery. First screened at the British Film Institute, the film featured in BBC 4’s What do Artists do All Day. It was filmed mainly in de Waal's South London studio, and gives a fascinating insight into de Waal's working methods, as well as the ideas and influences that inform his work.

The film screenings are in Seminar Room (35). 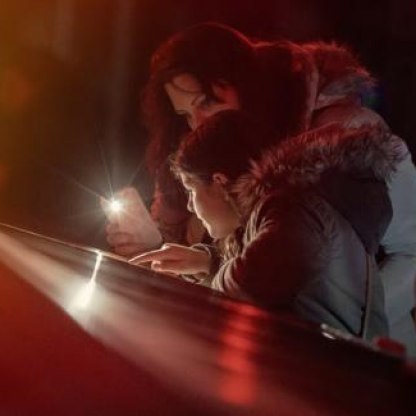 Half-Term at the Fitz

Christmas at the Fitzwilliam Museum