Red polished pottery like this was produced on the Mediterranean island of Cyprus during the Early Bronze Age. Philia ware, as it is known, is handmade, dipped in a slip – a dilute solution of clay – then burnished with a pebble and incised before firing. The variegated black and red colour scheme is probably deliberate and results from the potter’s manipulation of firing conditions. This example, called a tulip bowl because of its shape, is particularly intriguing for the unique decoration around its body.

It was excavated from Tomb 91 in the cemetery at Vounous on the north coast of Cyprus. Because of its geographical position and its rich mineral resources, this island was an important trading post throughout antiquity. It was a stopping-off point for merchant ships travelling between Greece and Rome in the west and Mesopotamia and Persia in the east, Anatolia (part of modern Turkey) in the north and Egypt in the south.

Around the time that this vessel was made, settlers from Anatolia appear to have established themselves on the north part of Cyprus. They seem to have introduced new burial practices and bought with them techniques for mining and working copper and decorating pottery. There is a close resemblance between Cypriot red-polished ware and contemporary Anatolian ceramics.

The rim of this tulip bowl is decorated with projecting clay discs and bulls heads. The four discs are incised with wheel or sun disc patterns, and it is possible that they have some solar significance. Bulls were relatively common motifs in Cypriot art of the period. Cattle had recently been imported to the island for the first time, and the animals' strength and fertility may have given them a religious significance.

The incised decoration on the bowl is very unusual. Between two sets of horizontal lines, and divided from each other by vertical zig-zags, are three stylised human figures with animal heads. That in the photograph stands on two legs, stretches out its arms and yet appears to have ram’s horns growing from its head. The two other figures around the bowl have antlers.

Not enough is currently known about the social or religious practices of those living in the area around Vounous in the Early Bronze Age for us to say precisely what these figures represent. It is possible that worshippers, or priests, wore animal masks during rituals, and that this custom has been recorded here. A terracotta model complete with sacrificial animals, worshippers and priests who may be wearing animal-horn head-dresses was found in another Vounous tomb. 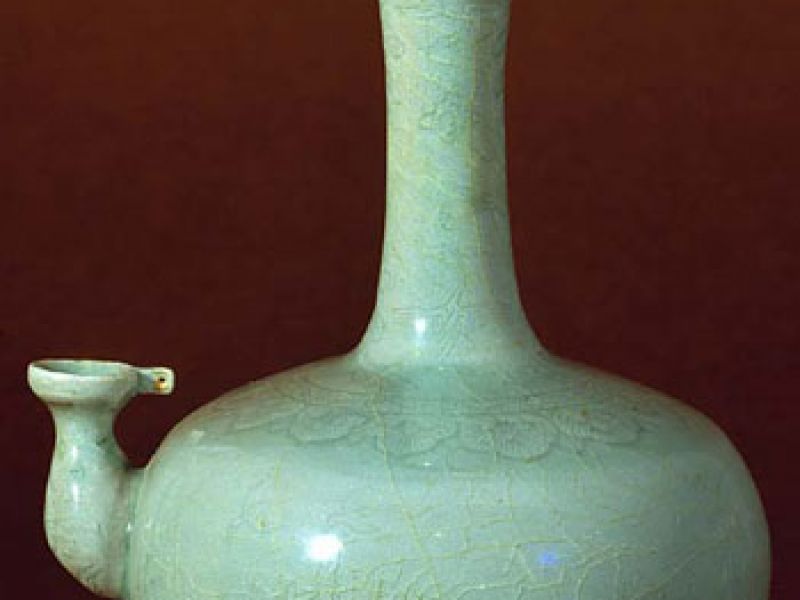 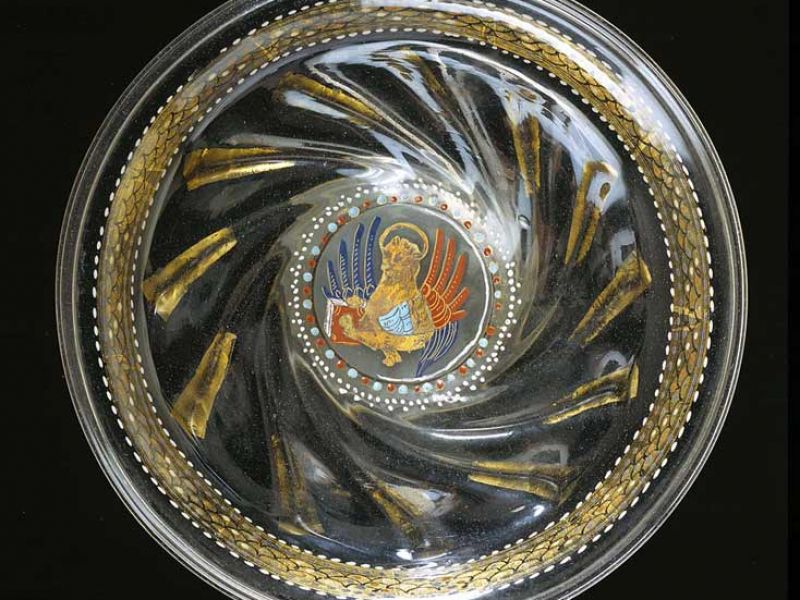 An image of the tulip-shaped bowl 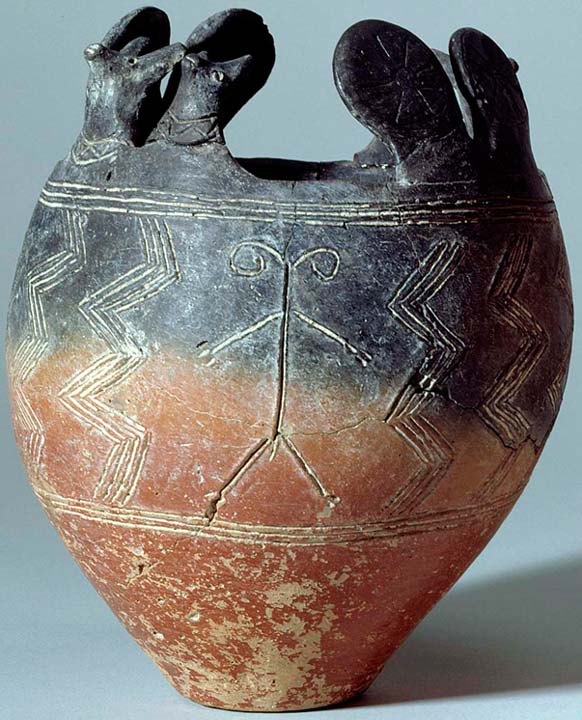