Clergymen Hanbury and Waddington were both Fellows of Trinity College, Cambridge, who accompanied the army of Muhammad Ali in its conquest of the Sudan in 1820. This was just after Napoleon's expedition through the Nile, during which time he ordered a team of scientists and architects to record all the ancient monuments and natural features of the country. Stimulated by this work many Europeans travelled to Egypt in search of ancient wonders. This included both Hanbury and Waddington who visited Egypt and Nubia together in 1821 and brought back the coffin set of Nespawashefyt (E.1.1822) which was the first Egyptian object to come into the possession of the University.

In 1822 Waddington published an account of their their travels up the Nile in Journal of a visit to some parts of Ethiopia, including accounts of visiting the temples at Abu Simbel and Soleb, and the sites of Napata and Meroe. 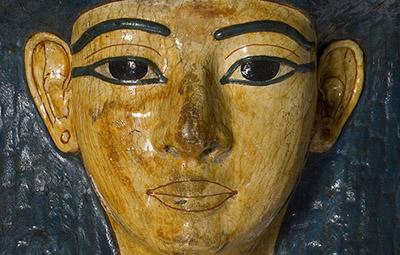