Robert Gayer-Anderson, known as 'John' to his friends, was like many others of his generation, an Orientalist who became fascinated by and romanticised the Arab way of life. For Gayer-Anderson, it was Egyptian culture in particular that he fell in love with and he described Egypt as 'the land of his adoption'. He had trained as a doctor in England, graduating in 1903, but received his commission in the Royal Army Medical Corps the following year and was seconded to the Egyptian Army in 1906 where he eventually became Egyptian Recruiting Officer. His interest in Egyptian culture was undoubtedly sparked during this time with the army in Egypt, and later as Oriental Secretary to the High Commissioner.

After an adventurous and active career he retired with the honorific title Pasha, in 1924. He remained Cairo until ill health forced him to return to Britain in 1942, where he had a house with his twin brother in Lavenham, Suffolk called 'Little Hall'. Just before he left the country he returned his 16th century Arab home, Bait al-Kretliya, to the Egyptian nation.

Today this house is a museum, a treasure trove of Oriental furniture, glassware, crystal, antiquities, paintings, carpets, silks and embroidered Arab costumes. But it was the Egyptian antiquities of which he was most proud. These he acquired on his travels in the region, especially during his time as a recruiting officer when he had the opportunity several times a year to travel the length of the Nile. Wherever his boat would dock, traders who had come to know him would dash up to him to show him their finds. Gayer-Anderson was mainly interested in small objects: scarabs, small statues, jewellery and bits of pottery and over time and through careful selection he amassed an impressive collection. In Cairo, where his gift for treasure hunting had become well recognised, he organised regular exhibitions, first downtown, and then in his Zamalek apartment.

One of the key pieces in the museum given by Gayer-Anderson is the limestone relief (E.GA.2300.1943 of King Akhenaten celebrating the traditional royal hebsed festival which can be seen in case 5, gallery 20.

The piece is so unusual that for many years it was considered to be a fake but re-examination has shown that it bears the distinctive hallmarks of Amarna period royal workshops. Other notable objects include figured ostraka (painted pottery fragments) such as the ones with the playful monkeys (E.GA.4292.1943 and E.GA.4293.1943) on display in case 5, gallery 20, and the limestone fragment bearing the image of King Mentuhotep (E.GA.3143.1943) on display in case 3, gallery 20. 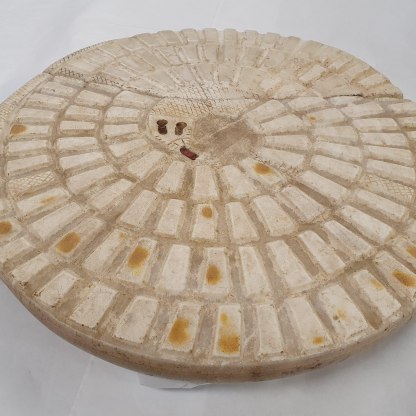 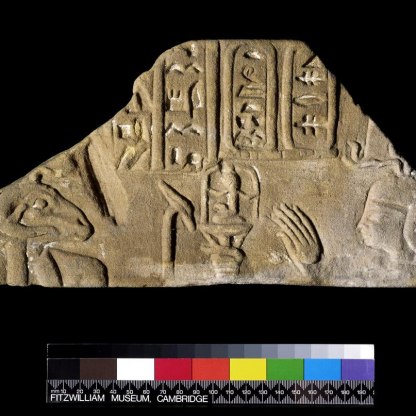 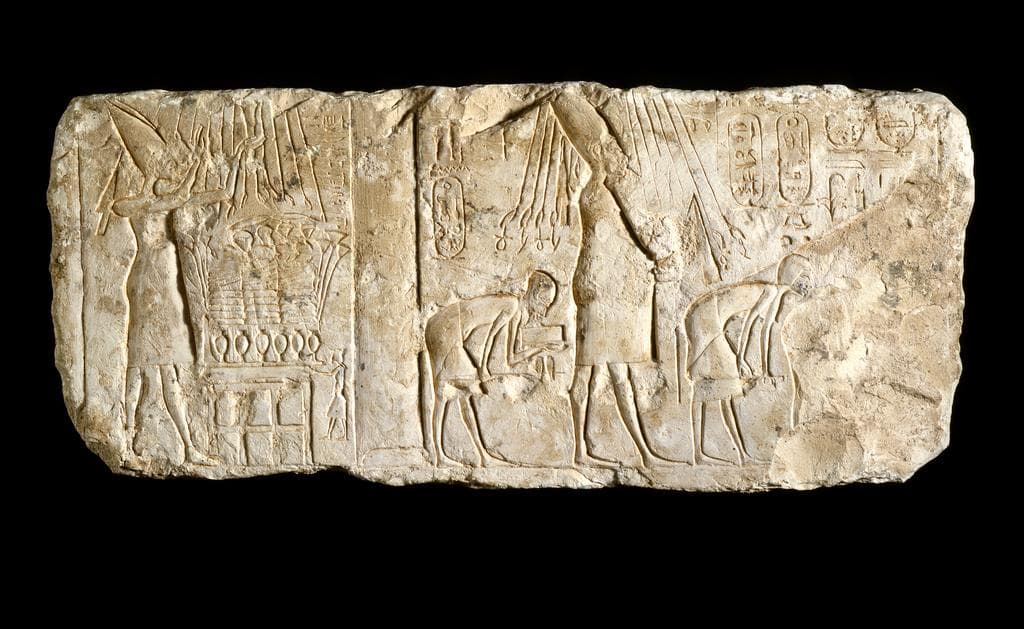