Sir Robert Greg spent much of his career in Egypt, after being appointed Second Secretary at the British Agency in Egypt in 1911. In the 1920s he was sent to serve as British Minister in Bangkok and Bucharest, posts that he reluctantly took as he had already become fond of life in Egypt. Thus, in 1929 he accepted without hesitation the opportunity to return to Cairo as British Commissioner for the Egyptian Debt. He remained in Egypt after his retirement and lived comfortably in a villa beside the banks of the Nile at Giza, surrounded by the many antiquities and art objects he had collected with his wife over the years. He was an active member on the Committees of Egyptian, Coptic, and Moslem Monuments and was chosen by the Director General of the Antiquities' Service as a member of an advisory panel set up in 1943 to give advice on the conservation of the tombs at Thebes.

Throughout his career and later retirement he interested himself in all periods of Egyptian art. He was well known to many of the excavators of his day as a generous man who was always happy to welcome them into his Egyptian home and for helping them travel to more remote archaeological sites in his motor car. He collected a large number of antiquities over the course of forty years, of which he was immensely proud and which he carefully tended. The collection spanned many Egyptian periods but two aspects stand out in particular; his Predynastic and Early Dynastic stone vase collection and his collection of bronze statuettes.

During his summer visit in 1949 Greg was particularly impressed by the newly displayed Gayer-Anderson collection and complimented the director on its organisation. He noted that although this was a wonderful assemblage of Egyptian artefacts, its bronze display was lacking and he felt that his collection would complement the existing one well.

Upon his death in 1954, and in accordance with his will, 626 Egyptian antiquities were presented to the museum with the wish that they be displayed in order to encourage the teaching and appreciation of Egyptological studies in Cambridge. These included many of his magnificent bronzes, which are now on display in case 11. Additionally, a large portion of the money from the auction of his Giza villa and its contents was made available to the museum for use in any manner it saw fit.

Unfortunately, his estate was confiscated during the Suez crisis and it was to be many years until the compensation for it was paid. This eventually formed the Greg Fund, which covered the expenses for the lighting of the museum's picture galleries and the remodelling the Antiquities Department's displays. In 1964, the larger of the two Egyptian galleries was named the Greg Room, now gallery 19, in honour of the generosity of the benefactor and was opened to the public seventeen years after his death. The Greg Fund has continued to be used over the years to acquire objects to expand and fill gaps within the Egyptian collection. One of the most recent of these was the sandstone temple relief of Domitian (E.1.2003) on display in case 10 in gallery 20.

Dawson, W. and Uphill, E. (1995) Who Was Who in Egyptology. Third Edition, revised by Bierbrier, Egyptian Exploration Society, London, p. 178 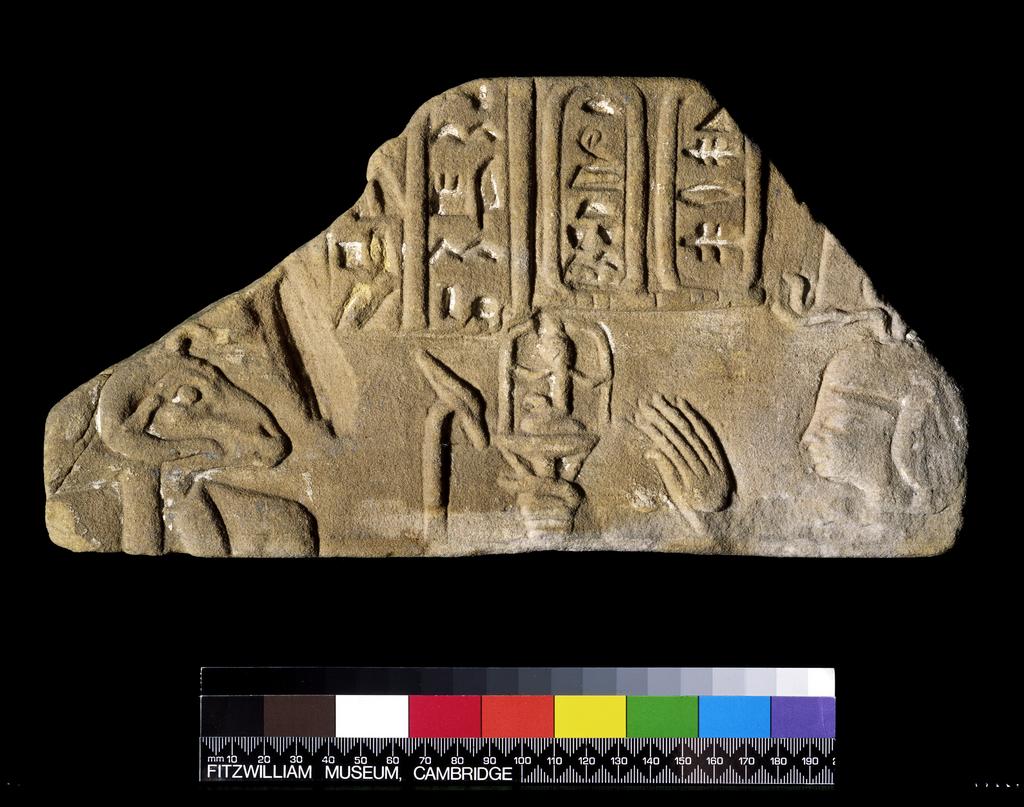