First Official Joint Portrait of The Duke and Duchess of Cambridge

The first official joint portrait of The Duke and Duchess of Cambridge is now on display at the Fitzwilliam Museum.

The artwork, painted by award-winning British artist Jamie Coreth, was commissioned in 2021 by the Cambridgeshire Royal Portrait Fund, held by the Cambridge Community Foundation, as a gift to the county. With this brief in mind, the artist worked to incorporate the City of Cambridge into the portrait by painting the background with the tones and colours of many of the historical stone buildings that are synonymous with the city. The portrait also includes the use of a hexagonal architectural motif which can be seen on buildings across Cambridge.

Jamie Coreth is a graduate of the Florence Academy of Art and established his artistic career in London in 2015. In June 2016 his portrait, Dad Sculpting Me, was awarded the Young Artist Award at the BP Portrait Exhibition, a showcase held annually by the National Portrait Gallery. Since then, Coreth’s works have been accepted into the BP Portrait Exhibition on two further occasions. In 2020, Portrait of Fatima was shortlisted for the BP Portrait Award and later won the Visitors’ Choice with over 1,000 votes.

The portrait will be on display for an initial period of three years, after which the portrait will be exhibited in other community spaces and galleries around Cambridgeshire. The painting will also be loaned to the National Portrait Gallery in 2023 to mark their reopening.

The Duke and Duchess of Cambridge visited the Fitzwilliam Museum on Thursday 23 June to view the portrait. Read more about the visit here.

Portrait of the Duke and Duchess of Cambridge 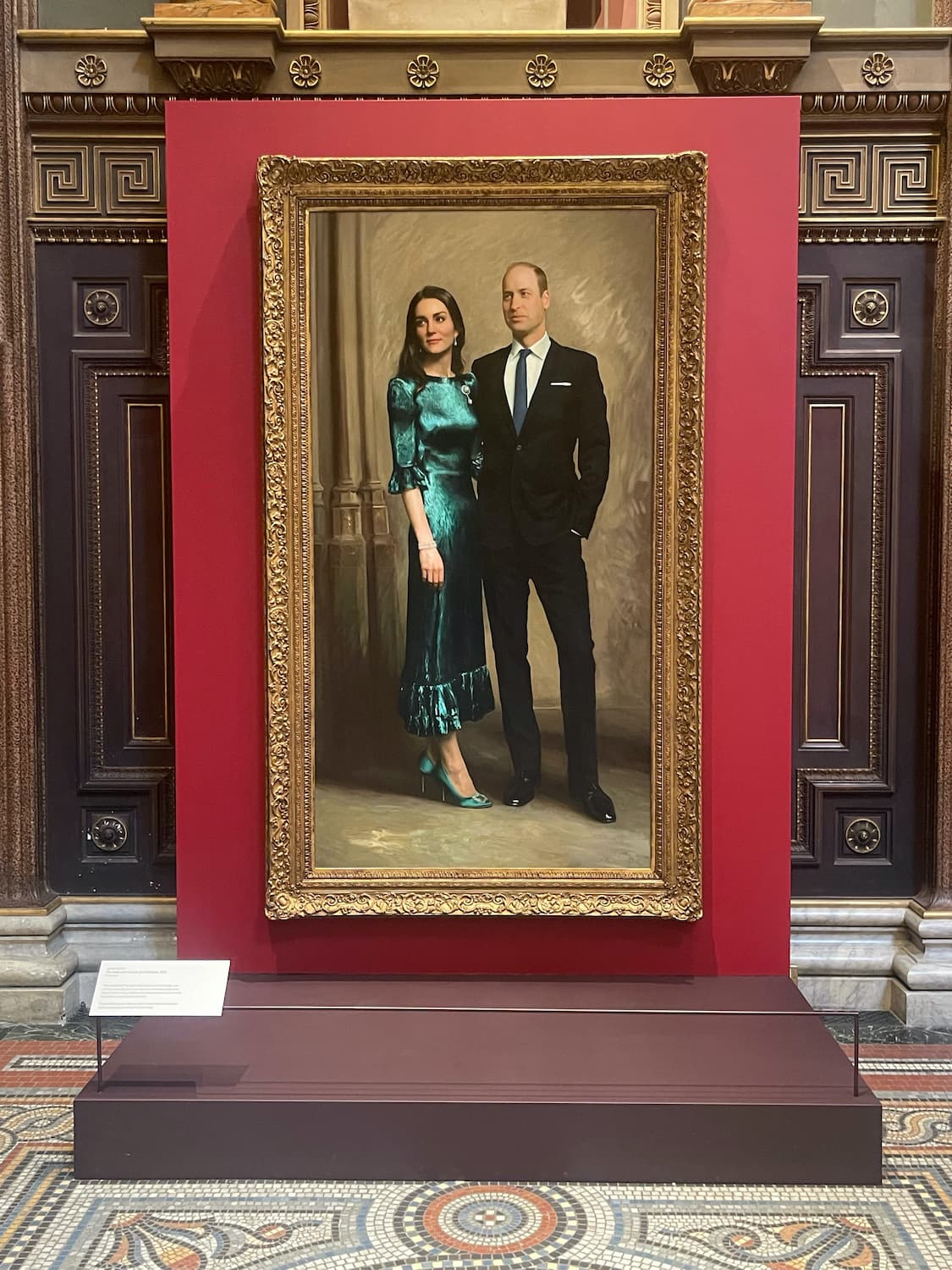