Secrets of a Silent Miniaturist

A selection of the Museum’s miniatures by Isaac Oliver (c.1565–1617) have been chosen to showcase some of the recent discoveries made about his work. The miniatures can be seen in a special display in the Rothschild Gallery of Medieval & Renaissance Art (Gallery 32), where they are shown alongside other sixteenth- and seventeenth-century miniatures, including examples by Nicholas Hilliard.

The Fitzwilliam Museum has an important collection of portrait miniatures spanning from the sixteenth through to the nineteenth century. In March 2018, the Cambridge Humanities Research Grant scheme funded a technical research project on the Museum’s miniatures by Oliver. A highly versatile artist who was also an excellent draughtsman, Oliver is the most celebrated pupil of Nicholas Hilliard (1547–1619), the foremost proponent of the art of miniature painting, known at the time as ‘limning’. Hilliard was Elizabeth I’s favoured ‘limner’, and his unfinished treatise, 'The Arte of Limning' (c.1600), has provided posterity with insight, not only into his techniques and the materials employed for the making of miniatures, but also into his high opinion of this refined art form, more closely linked to the goldsmith’s trade than to large-scale oil painting. Oliver, however, did not leave any written documentation about his life or artistic practice, and little is known about the materials and methods he used to create an oeuvre of miniatures that expanded greatly on Hilliard’s, both in terms of subject matter, style and technique.

Through technical photography and a wide range of analytical methods, the ongoing research project has shed more light on Oliver’s choice of pigments and how they were used to achieve such highly refined results. The analysis has required the temporary opening of the lockets, thus allowing a rare look at what is hidden on the backs of these minute masterpieces. Close examination under magnification has furthermore helped to reveal the nature and extent of interventions by later restorers, which can be extremely difficult to appreciate with the naked eye. 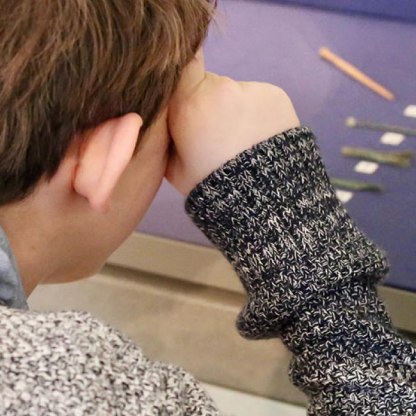 Eddington's prehistoric and Roman past