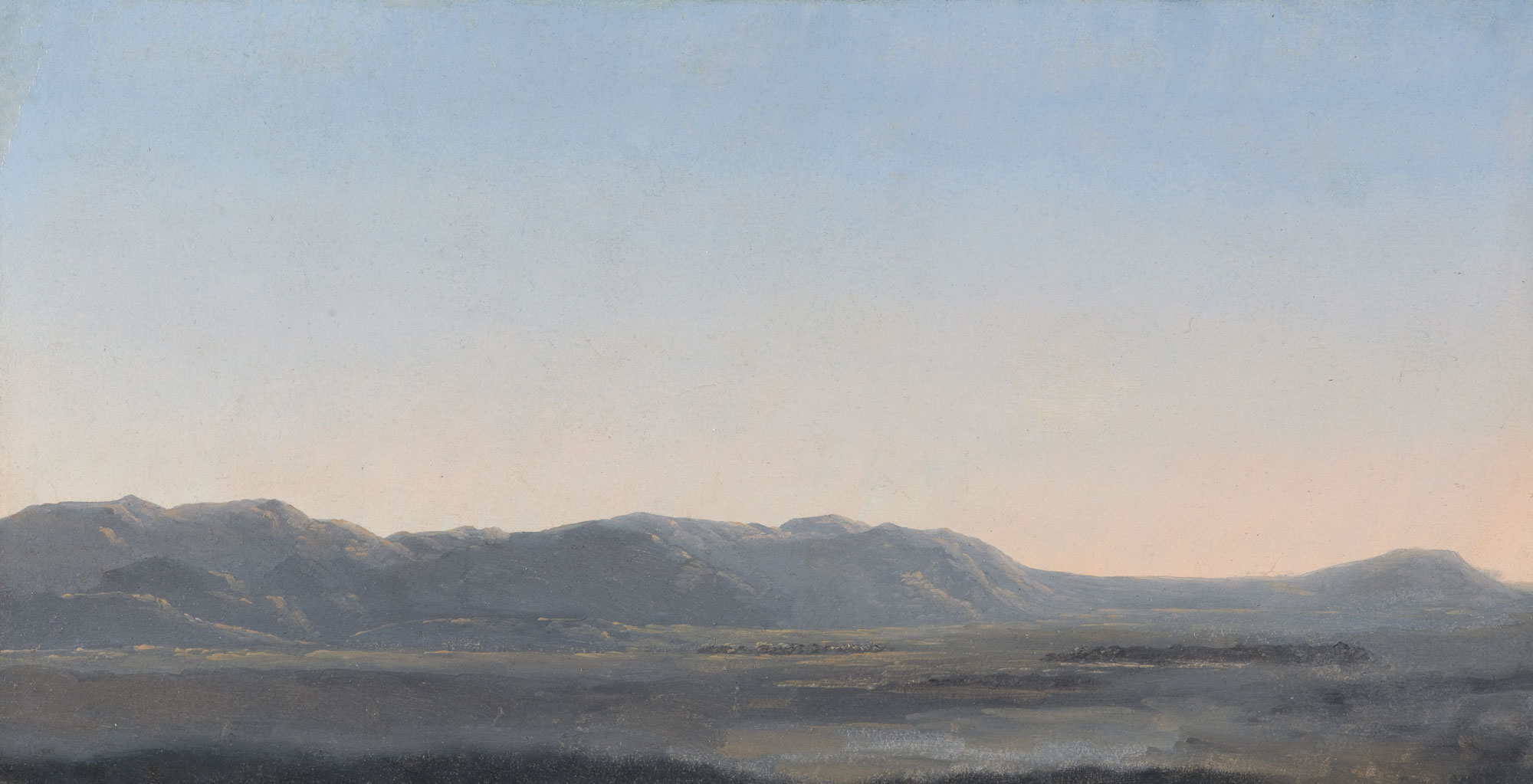 44: Sunset in a Landscape

Pitloo began his formal training in the Netherlands before studying in Paris with Jean-Joseph-Xavier Bidauld and Camille Corot’s teacher, Jean-Victor Bertin. In 1808, he won the Prix de Rome in architecture and traveled to Rome in 1811. Four years later, he moved to Naples, where he remained—apart from brief trips to Switzerland and Sicily—for the rest of his life. As professor of landscape at the Academy in Naples, Pitloo became the leading member of the “Posillipo school,” a loose group of artists active on the north coast of the city. 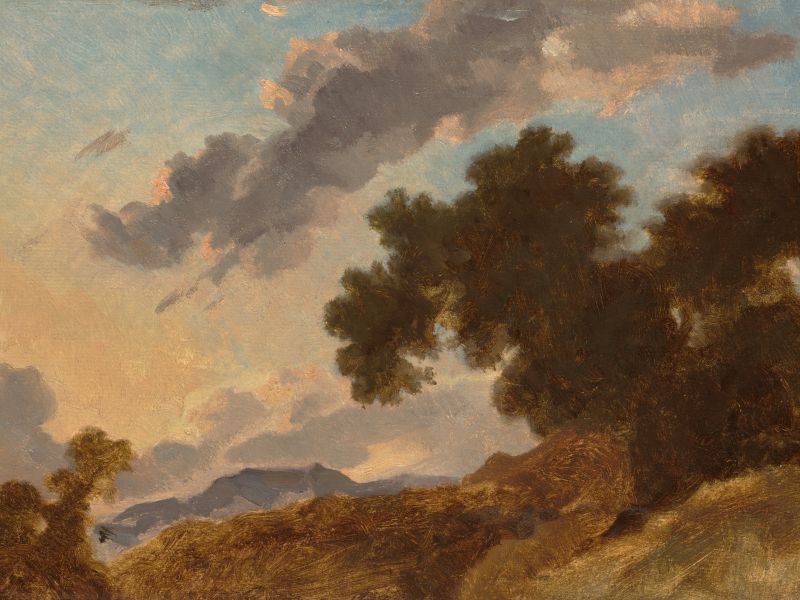 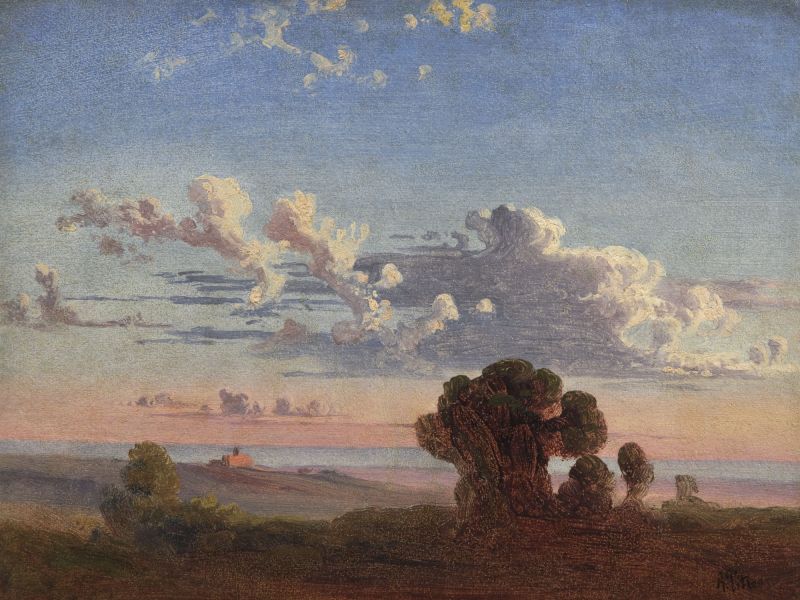 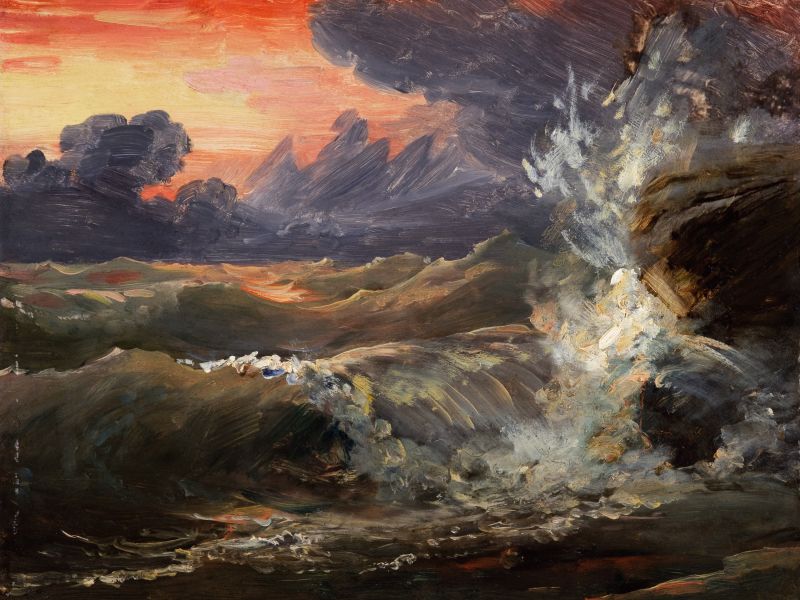