Here there is an opportunity to compare and contrast paintings from 18th and 19th century France and Britain. Highlights of the French paintings show include a portrait of the American grand tourist Joseph Allen by Francois-Xavier, Baron Fabre.

Nearby are two swagger portraits by Nicolas Largillière and Jean-Léon Gérôme and all these demonstrate a more academic approach to painting in contrast to the later paintings in Gallery 5.

The British end of the Gallery has landscapes by artists including John Constable and Samuel Palmer, and a selection of works by members of the Pre-Raphaelite Brotherhood namely Ford Madox Brown, William Holman Hunt and John Everett Millais. 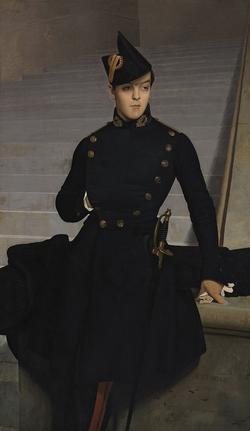 Portrait of Claude-Armand Gérôme, brother of the artist 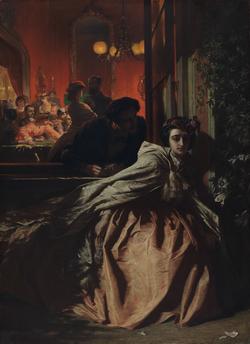 Sketchup model of this gallery