When Craig McPherson moved to New York in the 1970s, this was part of the view from the apartment he rented in Washington Heights. It is dominated by the Yankee Stadium, home to New York’s baseball team, which in the late 1970s underwent a $100 million reconstruction in the hope of reviving the local economy. Sadly the interest on the money is still being paid off, and the area around the Yankee Stadium remains one of the more deprived in New York. But McPherson’s print, with its intense, if sombre, beauty, is no image of urban blight.

At the far left stands the Bronx County Courthouse, a bulky, ten-storey Art Deco building erected in the 1930s. The Harlem river flows from the lower left, flanked by a lamp-lit road, towards Manhattan and the East River. On the horizon, the silhouettes of office blocks, chimneys, tenements and bridges suggest the vastness of the city.

Closer to our vantage point, individual buildings can be discerned. Windows are lit and there is the impression of domestic life within the great metropolis. In 'Rear Window' [P.71-1996], another work based upon the view from his Washington Heights studio, McPherson focuses on a particular apartment block. Through one of the windows we see a couple dancing in their underwear.

But the beating heart of the city here is undoubtedly the Yankee Stadium itself. We don’t get much of a sense of its architecture: it is lower than the buildings adjacent to and beyond it. Instead the great bowl makes its presence felt by the bright light that emanates from it. Vapour rises above, suggesting the crowd within. McPherson used to work at the plate while listening on the radio to the games taking place in the stadium. While no specific game is represented here, the artist admits to spreading a rumour that a small white dot on the left edge of the building represents the last of three home runs hit by Reggie Jackson during a World Series game. The bright cloud hanging above the stadium certainly suggests that a roar has just gone up.

The floodlights of the baseball park provide the only source of light that can compete with the overwhelming darkness of the sky: an impenetrable, velvety blackness which fills two-thirds of the surface of the paper. A strip of grey half-light separates this from the buildings, but the night presses hard down upon the city, overwhelming the foreground, creeping into every corner.

'Yankee Stadium' forms part of a project entitled Cityscapes that McPherson worked on in the late 1970s and early 80s. The Fitzwilliam owns others from the series. Left is 'Girders', which McPherson worked on for nine months in 1984. The spire of the Empire State Building can just be made out on the distant skyline. Right is an unfinished state of 'FDR Drive', a rain-soaked view of the busy road that runs along the East River to the Triborough Bridge.

Bought from the American Friends of Cambridge University Fund 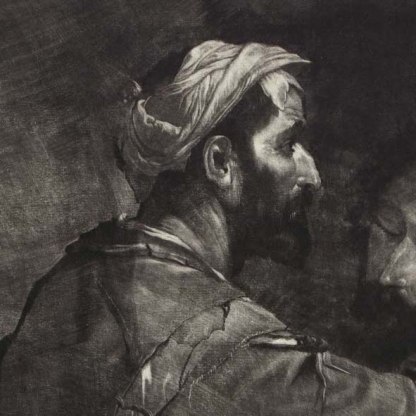 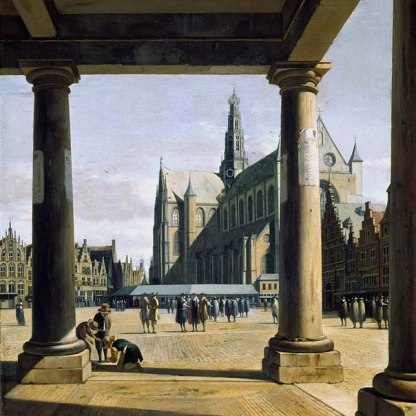 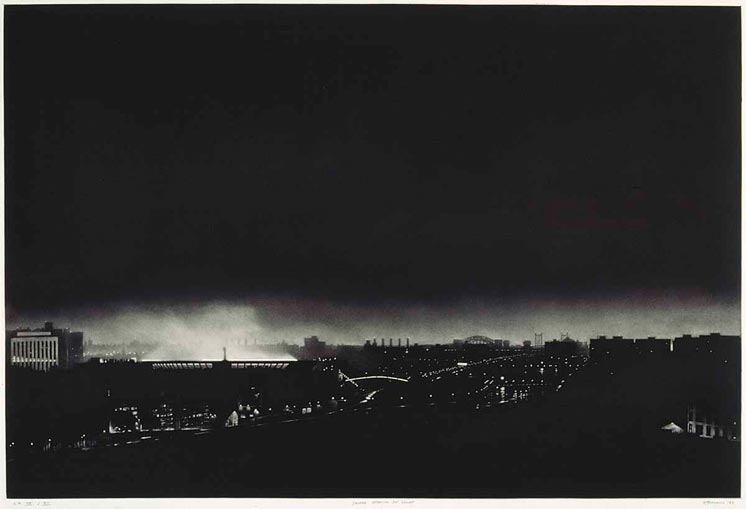