It is thought that if he, with his genius, had gone forth from Lombardy and lived in Rome, he would have wrought miracles, and would have brought sweat to the brow of many who were held to be great men in his time. Giorgio Vasari, Life of Correggio

Correggio spent much of his working life in the small northern Italian town from which he takes his name. Yet to this day he is counted as one of the five greatest artists of the Italian Renaissance, along with Leonardo da Vinci, Michelangelo, Raphael and Titian.

Correggio is perhaps best known as a painter of frescoes, and he is celebrated in particular for his ambitious compositions on the interiors of church domes. Left is The Vision of Saint John on Patmos, which adorns the dome of the Church of San Giovanni Evangelista in Parma. The complexity of this densely populated works, and the necessity of setting it in a circular and curved ground, required careful planning, and Correggio was a diligent draughtsman. His surviving drawings are all preparatory sketches for larger works in paint. He does not, like his younger contemporary and pupil Parmigianino, seem to have drawn for the sheer pleasure of it. As one of his champions of recent times has written, 'Correggio never doodled.'

The drawing in the Fitzwilliam is acknowledged as amongst the very best examples of his draughtmanship. A highly finished work – with its colourful mixture of red chalk, white heightening and brown wash and ink – the overall effect has been compared to that of oil painting.

It is thought to be a preparatory sketch for an altarpiece known today as La Notte – Night – a dramatic and innovative representation of the Adoration of the Shepherds. This is now in the Gemäldegalerie in Dresden, Germany. Although they differ markedly in composition, there are enough similarities between this large painting and the sheet in the Fitzwilliam to suggest that Correggio was here experimenting with early ideas. In both works, we can see the same architectural column, the Virgin kneeling beside Christ on a wattle, straw-strewn bed, and angels floating upon clouds above the adoring shepherds.

The altarpiece is remarkable for its depiction of the supernatural light cast by the Christ child, and the effect of this illumination upon the witnesses: Mary's face is almost bleached out by the radiance, while a woman standing at the end of the makeshift cot shades her dazzled eyes. In the Fitzwilliam drawing this effect is achieved by the use of white bodycolour to pick out the areas lit by the divine presence. 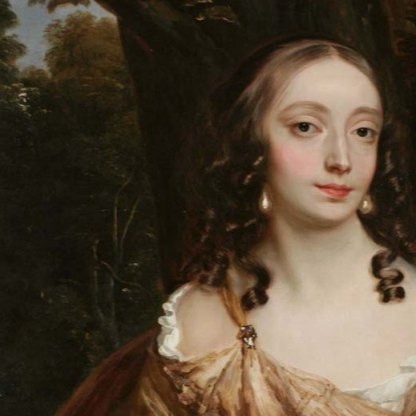 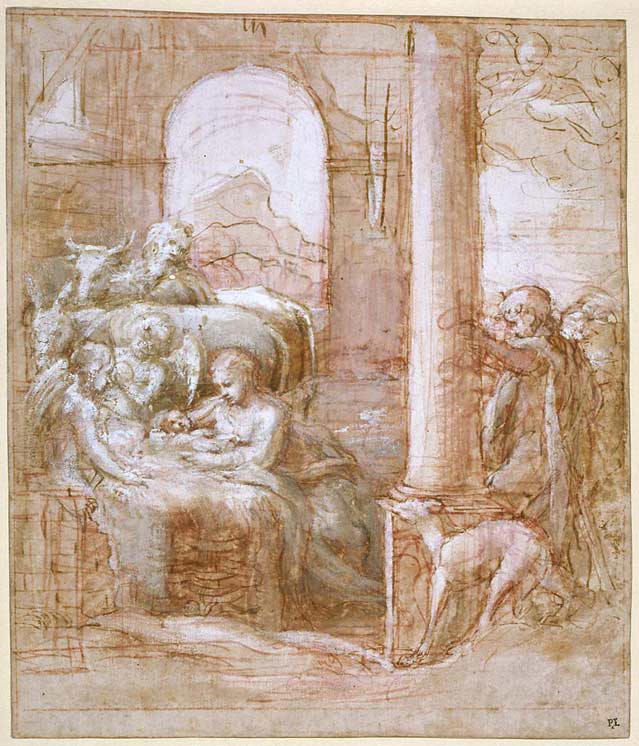