Catherine II (1729–96), known as Catherine the Great, was the empress, or czarina, of Russia from 1762 until her death. Though Prussian by birth, she married her cousin, the heir to the Russian throne, the man who would become Peter III in 1762, and fully assimilated herself into Russian life. A few months into Peter's reign, after a conspiracy led by her lover Grigoriy Orlov, Catherine was declared sole ruler of Russia, and her husband was murdered. A silver medal in the Fitzwilliam depicting the empress was made in 1788, by the Dutch medallist J.G. Holtzhey.

The empress had many lovers, and is said to have elevated several of them to positions of power within her regime. The most able and famous was Grigoriy Potemkin, a soldier and statesman who played an important part in Russia's victories against the Ottoman Empire in the Russo-Turkish wars of 1768–74 and 1787–91.

Catherine's political and moral outlook was strongly influenced by contemporary French philosophers, particularly Voltaire, and she was a proud and energetic patroness of the arts. At first she aimed to establish an 'enlightened despotism' in Russia, but grew gradually more and more conservative. The French Revolution in 1789 marked the end of any sympathies she may have originally had for the Russian peasantry.

As a collector of art, she described herself as suffering from 'cameo fever' such was her passion for small-scale ancient stone relief carvings. By 1790 she is said to have owned 10,000 of these items.

As the centrepiece of her Sèvres dinner service, she chose to be represented as the ancient divine law-giver and Roman goddess of wisdom, Minerva. This is thought to be a reference to her book, Nakaz – 'Great Instruction' – in which she laid down her ideas for good government. She was frequently portrayed as the goddess in contemporary pageants and plays. 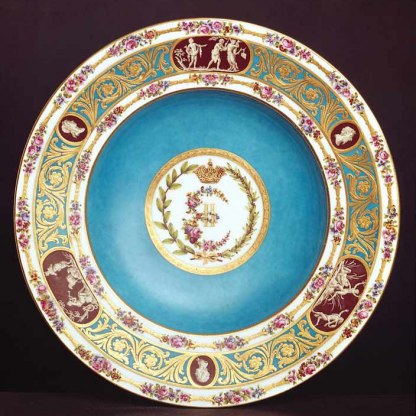 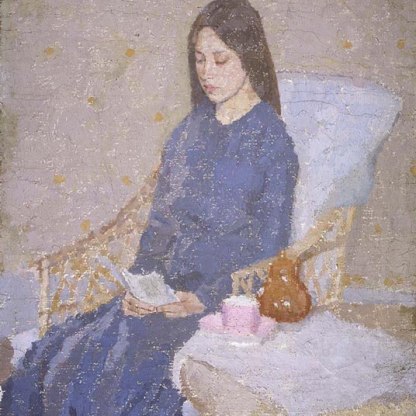 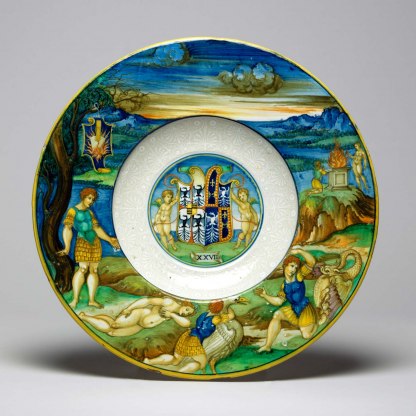 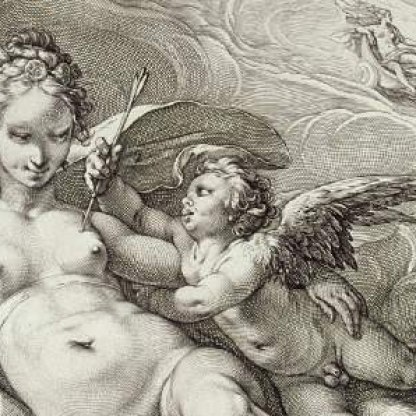 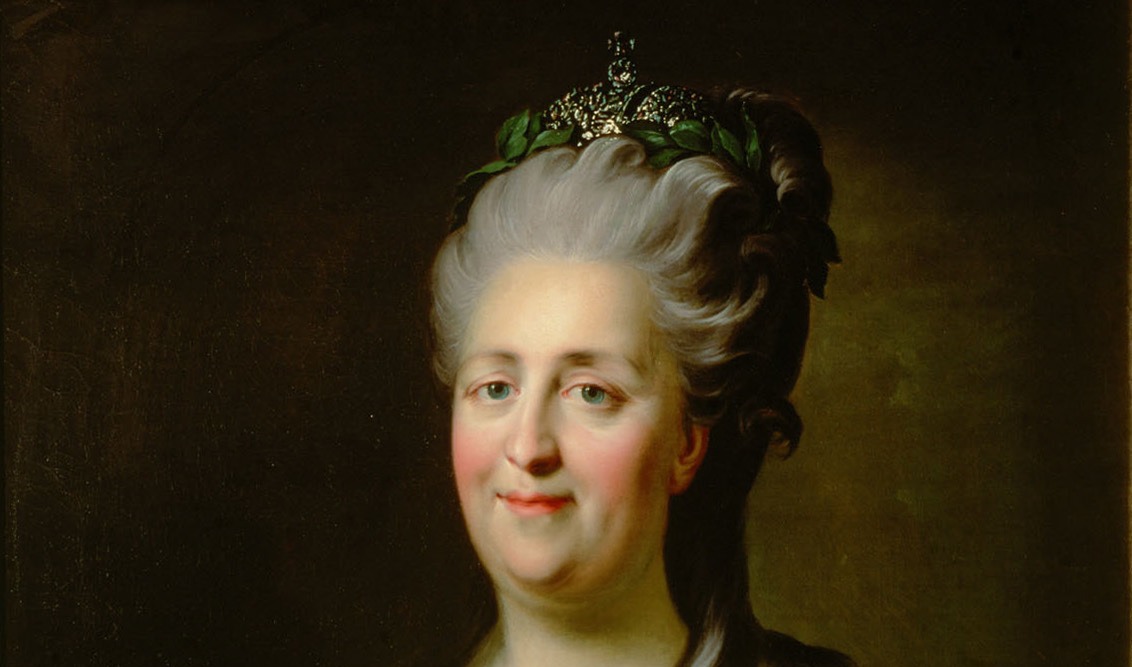