The Meeting of Jesus and John

Pinturicchio gives particular prominenece here to the figure of the infant John. Jesus is himself precociously absorbed in a book, and the viewer follows Mary's eyes down to the young Baptist who gazes up, his hands held in prayer, like a donor figure in Renaissance paintings.

In fact there is no passage in the New Testament which puts Jesus and John the Baptist together as children. Although closely related (John was the son of Mary's cousin Elizabeth) the two do not actually meet in the Gospel narratives until, as two grown men, John baptises Jesus in the River Jordan. Left, we see William Blake's interpretation of this great event, from a series of watercolours made c. 1816–20, to illustrate John Milton's 1671 poem, Paradise Regained.

A thirteenth-century medieval writer, known as Pseudo-Bonaventura, however, tells of a legend not related in Gospels. After their return from Egypt, where Joseph and Mary had taken the baby Jesus to escape Herod, the Holy Family visited and stayed with Mary's cousin Elizabeth, her husband Zechariah and their baby John. The young John immediately recognised Christ as the Messiah and paid his respects to him.

The Golden Legend, a popular thirteenth-century book of saints' lives, tells how the Virgin helped her cousin Elizabeth during the birth of John the Baptist. It is from these two traditions that Pinturicchio can justify his subject matter.

An equally charming painting in the Fitzwilliam [PD.4-1983], by the Italian painter Lodovico Carracci, shows the same group in a similar landscape. We can also here see Joseph, Mary's husband, dozing a little further off to the right. 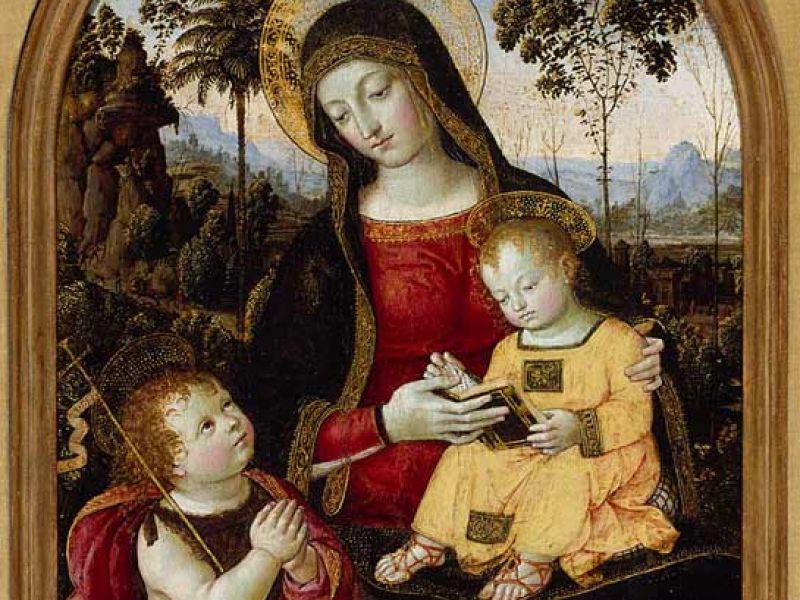 The Baptism of Christ, by William Blake 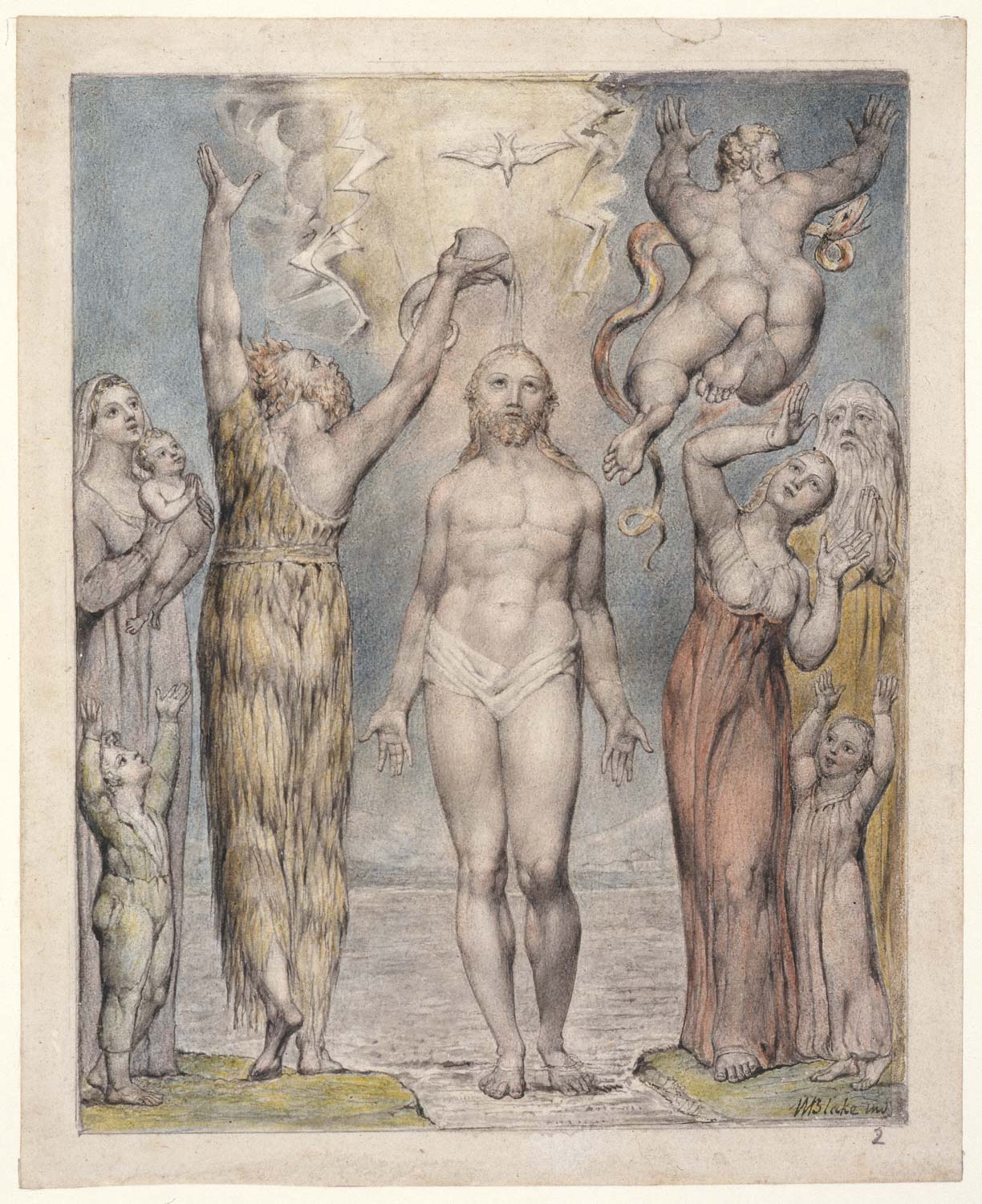